In order to target reliability I scrapped this approach altogether. As both my router and repeater are OpenWRT based, I started by installing the etherwake package onto the repeater, given that this is the closest note to the TV set: 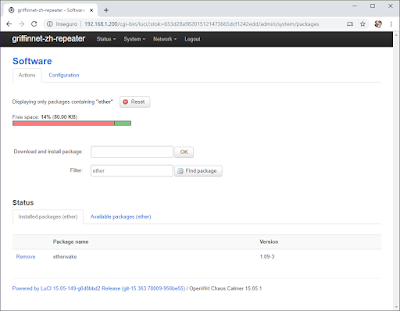 Tested the tool manually and confirmed that it worked: 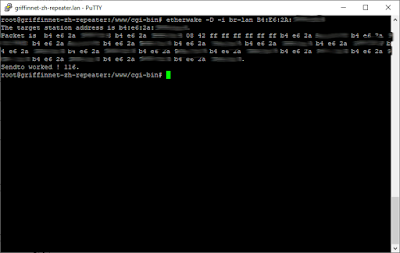 It was now a matter of scripting it, and for improved reliability, make sure that the script tests the connection after it tries to turn on the TV.

As a quick dirty approach and knowing that the OpenWRT repeater runs a web server, I went for writing a simple cgi-bin shell script that could be called from another host (making a very basic REST web service). This script would just have to send the WOL packet, and for a while check if the TV comes online. If it doesn't it sends the WOL packet a few more times, and tests the TV again:

On the Hass.io side, it was a matter of registering for this REST endpoint, and use it as the service that turns on the TV, instead of the built-in Wake on LAN integration:

Given that the this REST endpoint takes some time to respond (due to the number of pings it performs to test the connection to the TV), the response timeout was increased to 60 seconds.

This is all that it was needed, and so far the feature have been working flawlessly.