The microscope came with what I believe it must have been the original illumination system: 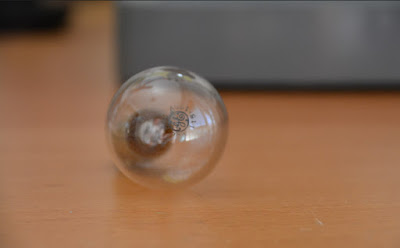 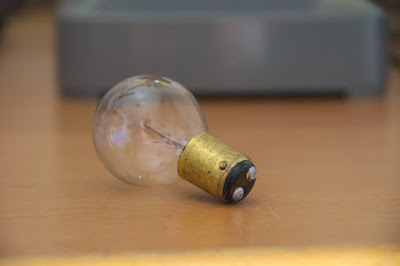 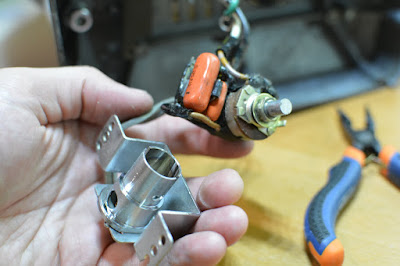 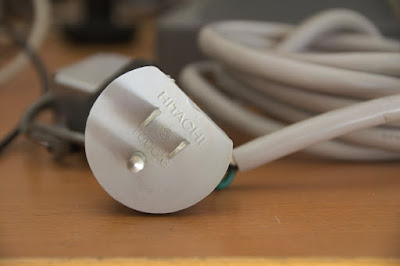 However for current use, this system would be impractical several fold: 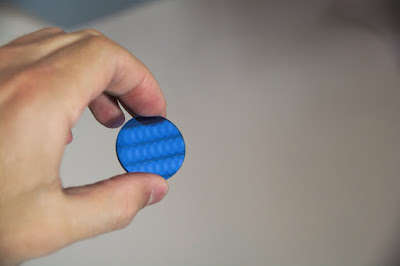 As such I studied the conversion to an LED light source, which I knew it would have multiple advantages:
Nevertheless I had to take into consideration a few aspects:
As such I put my hands to work. Started by removing the original illumination gear: 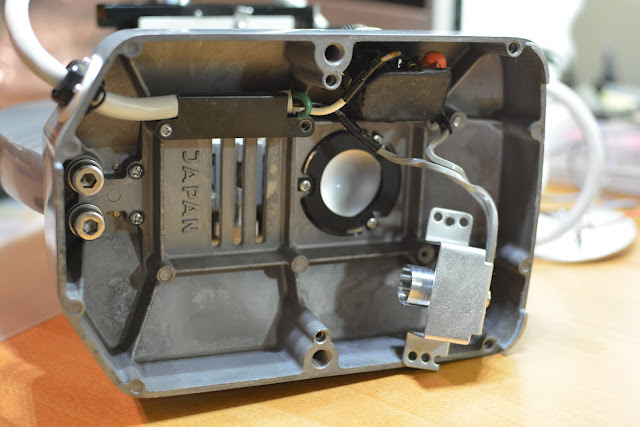 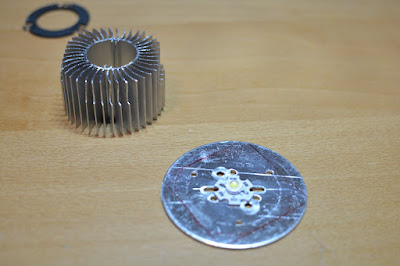 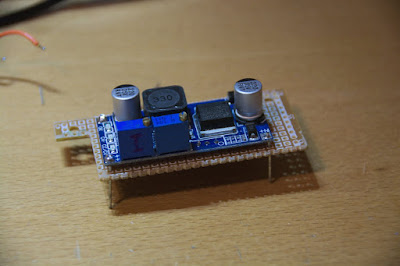 The work started with the preparation of the heatsink to fit the area originally occuped by the bulb. Some cutting had to be done in order to make it a good fit. Tested the LED mounted on the heatsink for proper operation: 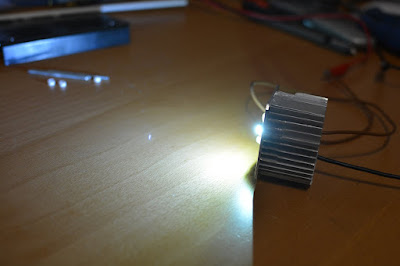 Made some tests with the step-down converter, limiting the current to 500 mA (below the rated 700 mA but more than enough for the lighting requirements), and replacing the on-board multiturn pot by a 500 Ohm panel potentiometer and a 220 Ohm resistor in series (and as such obtaining only the safe voltage range to be used for controlling the light): 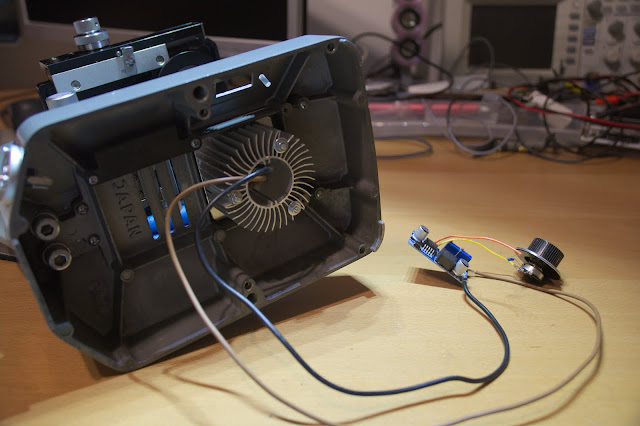 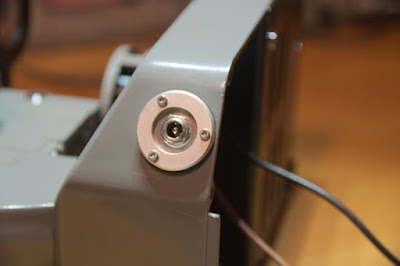 Well these specs won't remain true though (in particular the 20 Watts of consumption) :) 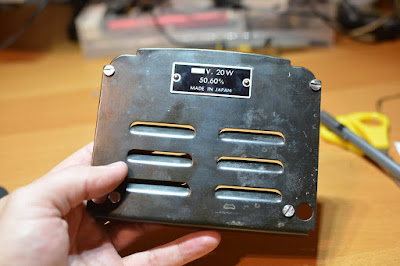 While possibly not making much difference, preserved the original black mask: 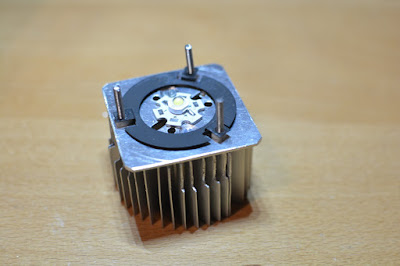 Put it all together, inside the microscope base (mounted the LED + heatsink, the step-down converter PCB, the DC connector, and the potentiometer, in the place where the original one would go).

Fired it up and..Bob's your uncle: 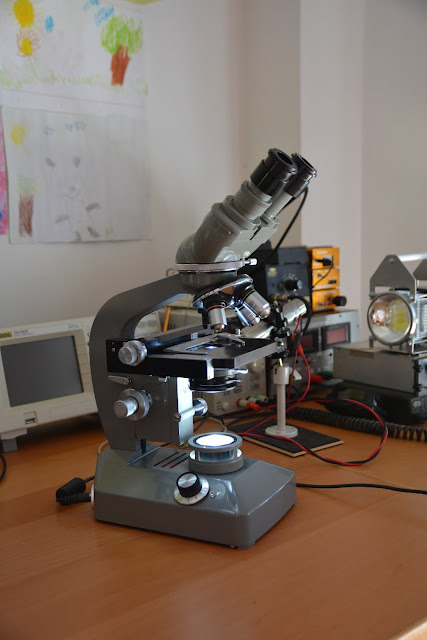