Like pretty much every moving part in this microscope, the XY specimen stage mechanism also suffered from dried/sticky grease, preventing the X axis from moving at all. As such like in the previous case, the only solution was to tear it down, clean it and apply new grease and oil.

The separation of the mechanism from the stage is simple: in the bottom of the geared side (where the knobs are) this forelock is moved as shown in the picture, and by moving the Y axis to the end of its travel range, the mechanism is removed: 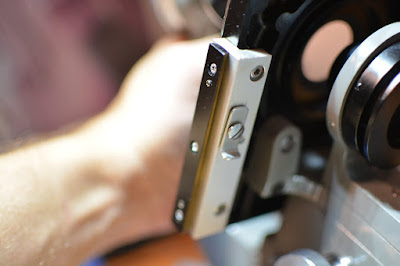 Then it is possible to separate the parts that compose the mechanism: 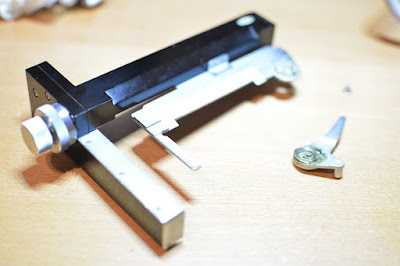 For cleaning of the stage it is also interesting to be able to remove this part entirely: 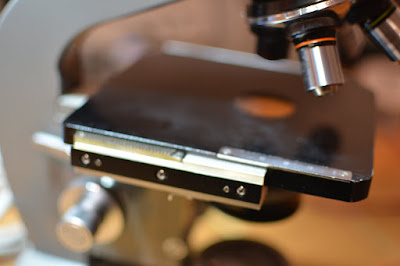 The first thing to remove are the knobs. An Alan and a Philips key are sufficient to remove the two knobs: 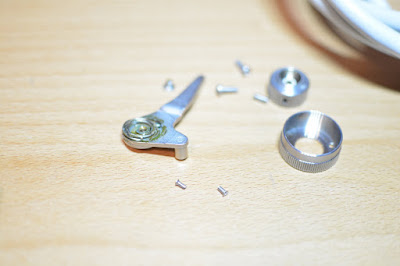 As seen above I have also removed the slide retainer tweezer to also clean and lubricate with grease.

The X movement is simply driven by a long worm gear turned by the inner knob. To better clean the worm gear and have access to the sliding rail underneath it, I  dislodged it from the casing by removing the two screws of the holder part (left side of the worm gear): 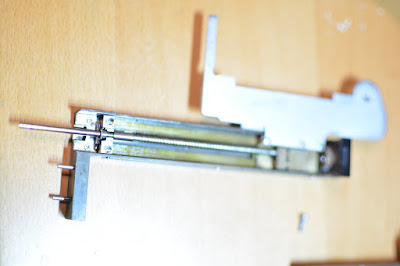 The Y movement is simply a pinion that rolls against the geared rail in the stage. I cleaned and lubricated both parts with standard mineral oil: 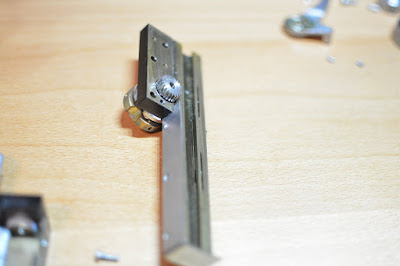 After all the cleaning and lubrication was done (gears with oil and contact rails with grease), it was time to put it all back together and start doing some observations.

Next part will be about how I did the conversion of the specimen illumination to LED.