SDR - going higher in the wavelengths


While a 22 - 1400 MHz band coverage is pretty cool (given the price of the hardware), there is still more beyond (and below) these bands. In particular LF, MF and HF bands are interesting for a number of reasons:

As such I went on and decided to buy a device known as an upconverter. Basically what it does is pre-selecting the 0-30 MHz frequency range, mixing it with a 100 MHz carrier, amplifying it across a Low Noise Amplifier and delivering an RF output that can be tuned in the RTL-SDR dongle. All the user has to do is tune the radio in the range between 100 and 130 MHz. The real frequency of the stations is simply the tuned frequency subtracted by 100 MHz.

As the device is delivered simply as the PCB board, I looked forward to put it inside a proper enclosure, to protect it physically and shield against local sources of interference. As such I used another of the extruded aluminium enclosures I had previously bought on Dealextreme. In my previous post you may see that it is the same type of enclosure I used for putting the RTL-SDR boards. 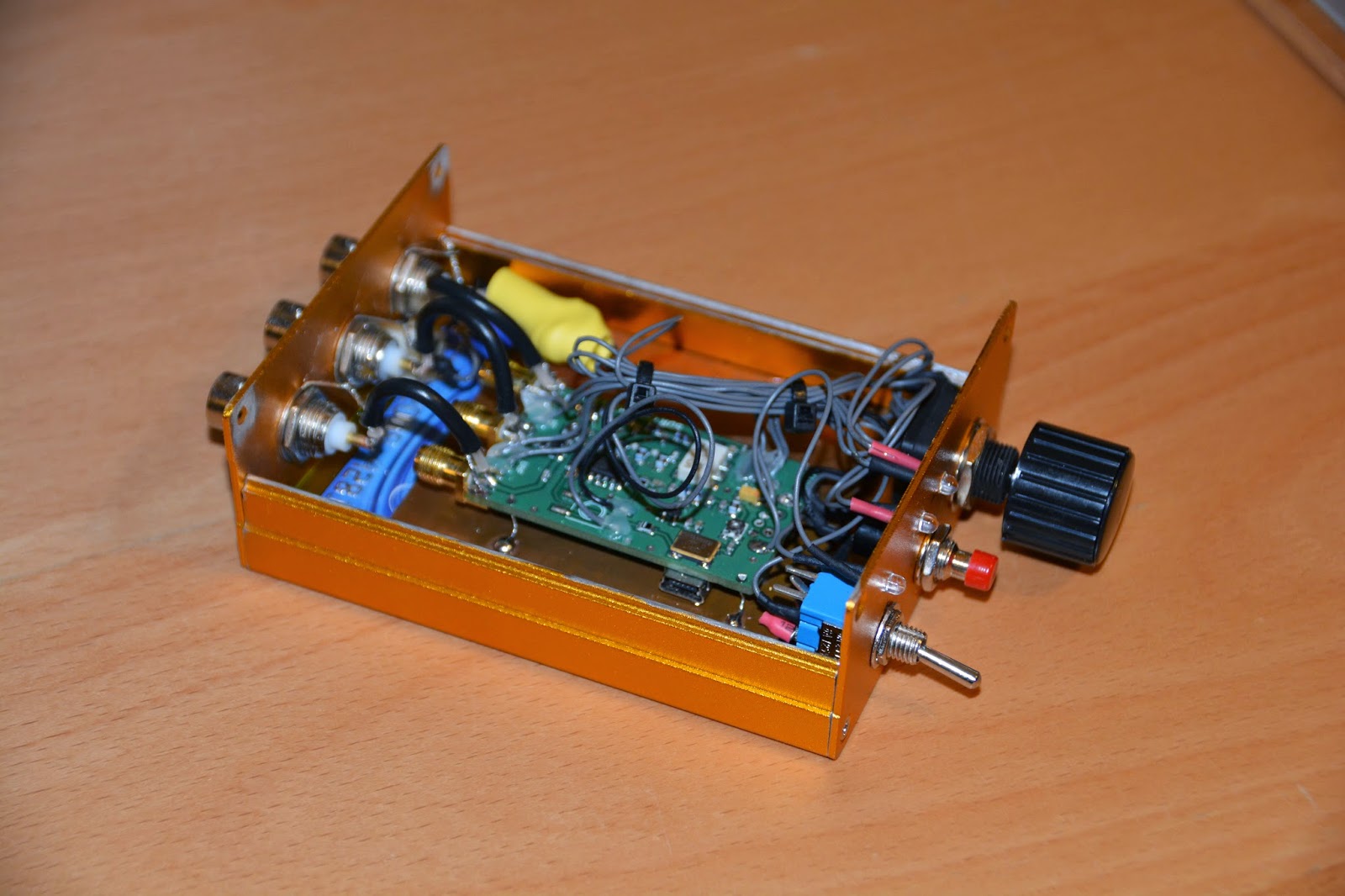 I have added some elements to the panel, namely a power switch to turn the upconverter on and off, a push button to select the mode of operation (bypass or HF upconversion), and a potentiometer to adjust the RF gain of the LNA. LEDs were also added to indicate the power on state and the mode of operation. 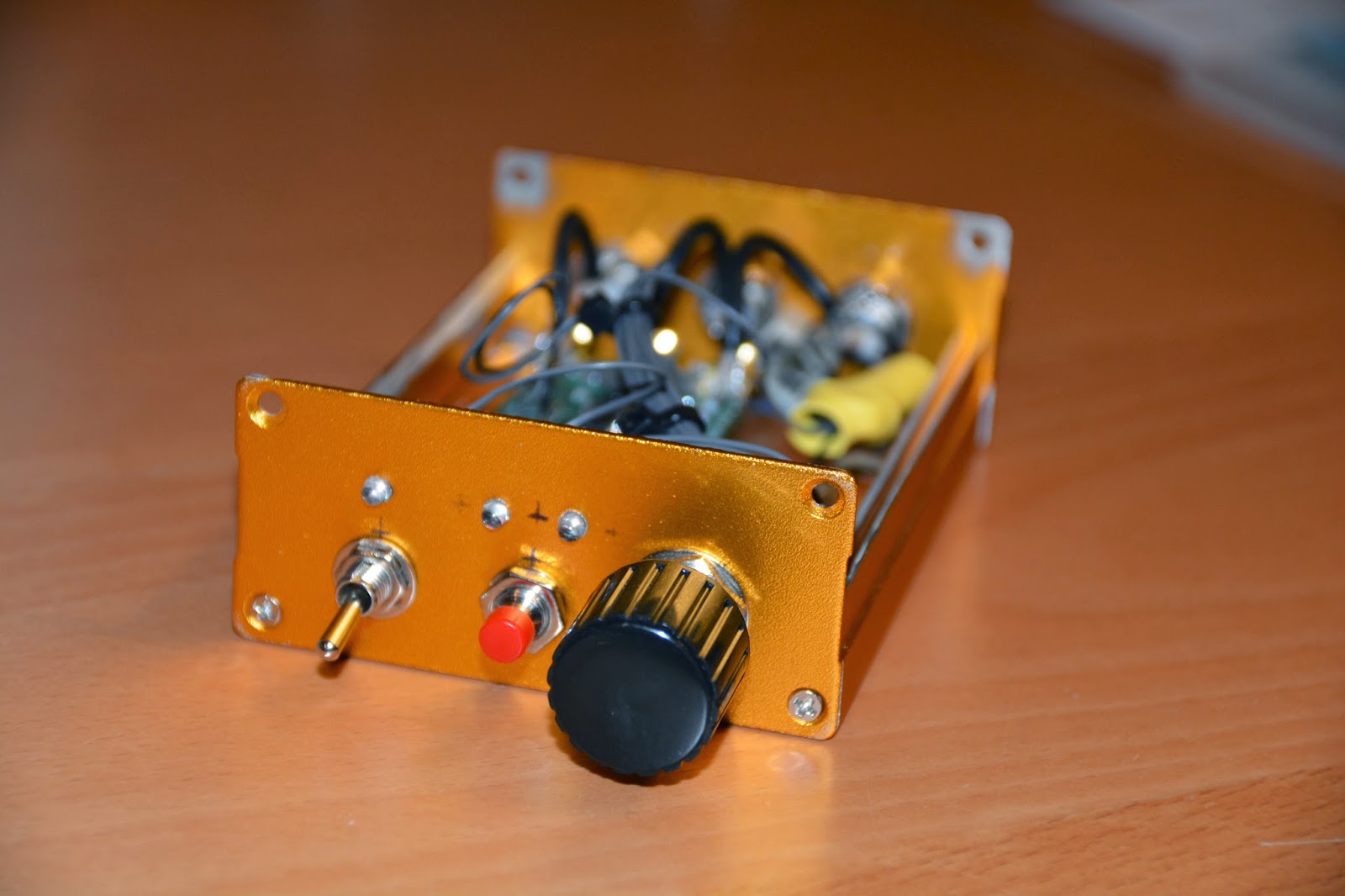 As living in an apartment doesn't allow for getting carried away with antenna setups, I've been researching compact antenna solutions, instead of the more conventional several tens of meters loop antennas that HAMs with lots of real estate tend to use for HF operation. As such I have found the mini-whip designs to be pretty interesting: with a surface area of only 30mm x 45 mm, one such antenna can quite strongly (above the noise floor) pickup signals from remote stations with a performance comparable to the large loops. A few links with an explanation behind the science of these antennas:

The secret resides in picking up only the electrostatic component of the RF emission, which as long as the antenna is kept outside of the buildings (where walls act as shields to the electrostatic noise), the desired signal can be picked up well above the noise floor. If the antenna would also be sensitive to the magnetic component, this would not be true because walls are transparent to the magnetic fields. 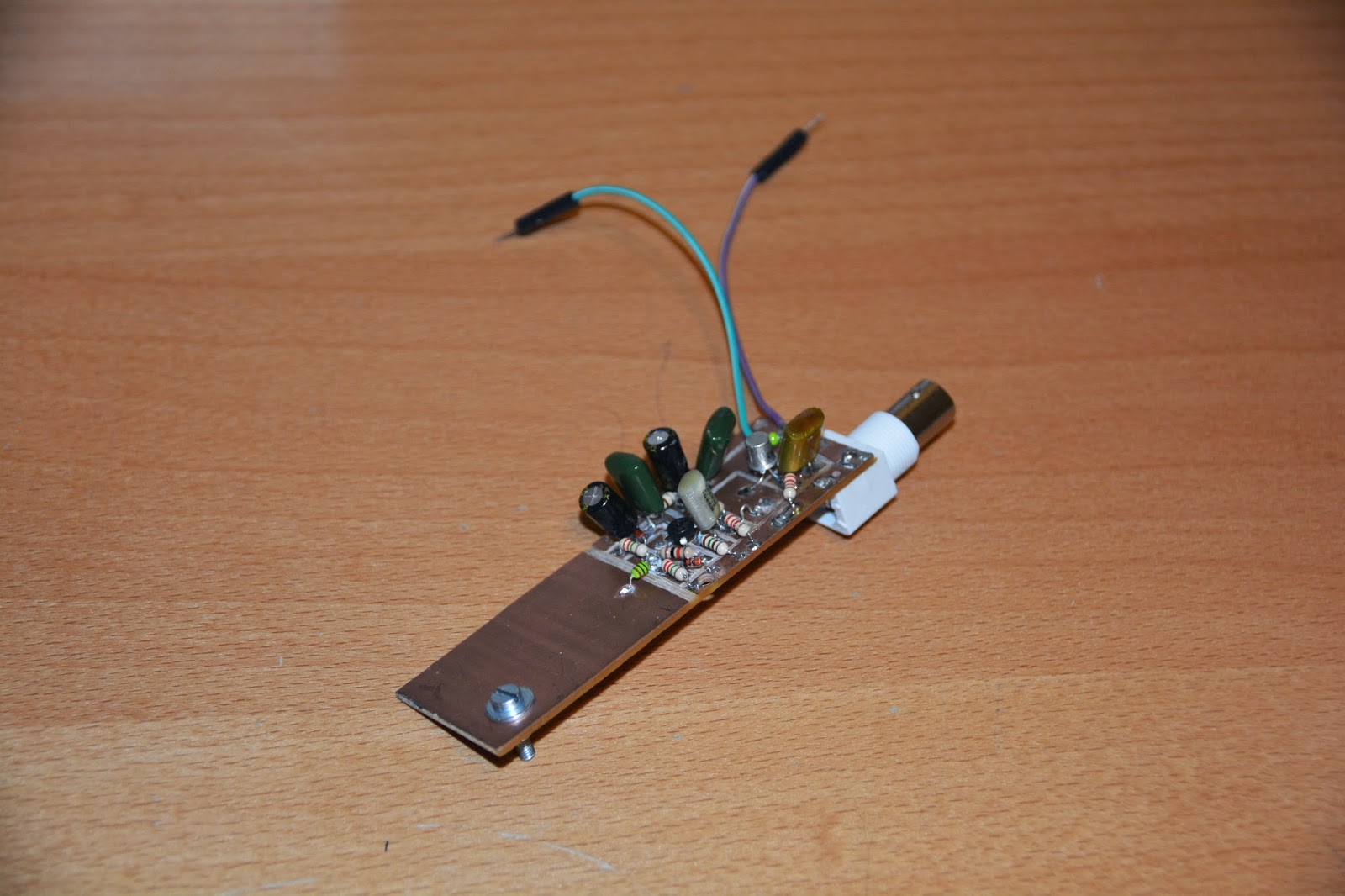 I have tried a slight variation of these designs by using the more common BF960 MOSFET as the pickup transistor and a 2N2222 as the second amplifier transistor: 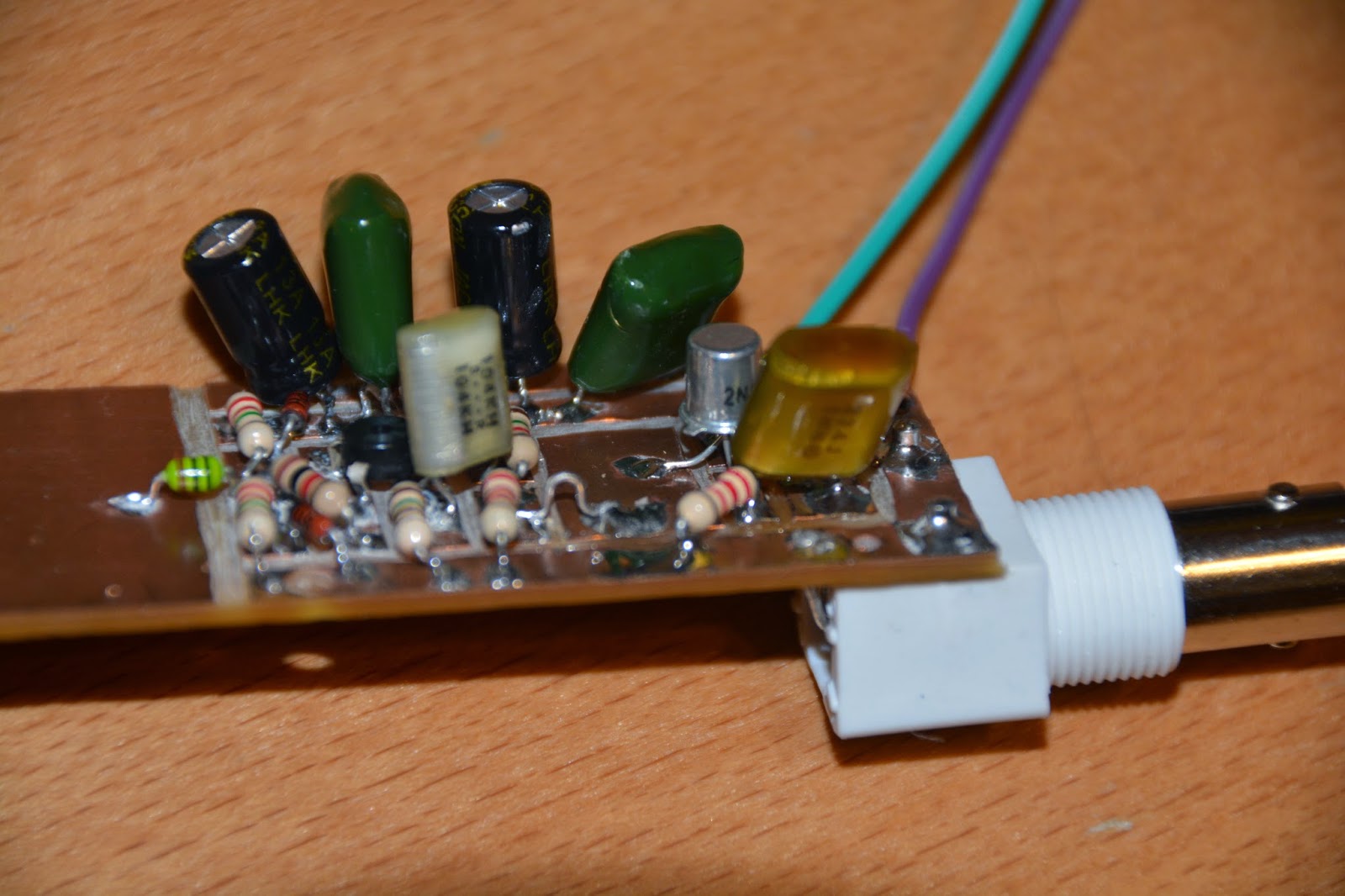 So far the results have been approaching the expectations, allowing for the reception of many chinese broadcast stations, some weather/aircraft/military communications, and some HAM radio, including morse and rtty. The location where the antenna have been tested is sub-optimal (in the middle of a balcony, with metal parts all around), which allows me to expect much greater performance once it is attached outside the building.

Frequency radio hacking.
Nice. You have been busy :)