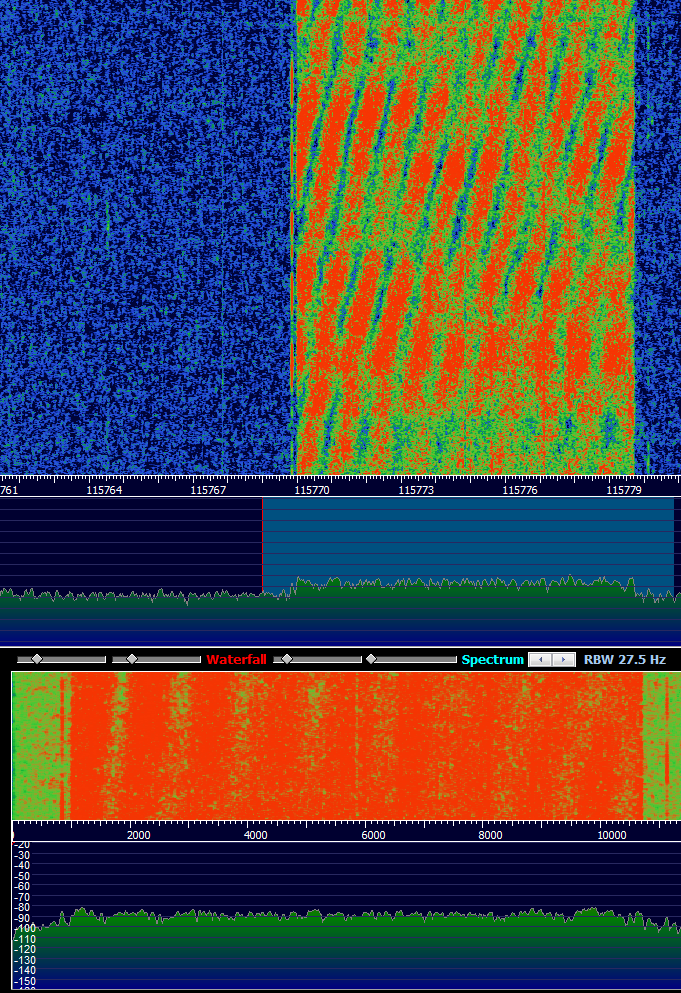 The versatility of the Software Defined Radio doesn't seem to have boundaries. While exploring the HF bands, I tried to decode the occasionally received signal from Vatican Radio (http://en.radiovaticana.va/), which as of this writing was the only station I could identify as sometimes transmitting in DRM.


DRM is pretty interesting compared to conventional analog AM. Using 10 KHz of RF bandwidth it can carry between 14.8–34.8 kbit/s of data stream. This is enough for encoding reasonably high quality audio, far above analog AM for the same occupied bandwidth, if an appropriate codec such as AAC+ is used.

There are a few shortcomings however. One is the fact that it doesn't deal with signal fading very well. If the signal level drops to a point where it is closer to the noise floor, complete loss of audio decoding occurs, instead of the "graceful" degradation of a conventional AM signal that we are used to. This is an important point given the fact that fading is very frequent in HF transmissions that rely on the ionosphere propagation to reach the other end. As a natural phenomena that it is, propagation conditions vary largely over a small amount of time.

Another problem is the limited popularity of the technology, meaning that there are very few commercial receivers prepared to receive and decode in this mode.

Below is a piece decoded audio from Vatican Radio:


And below as a means of comparison is an AM analog audio transmission at a similar HF frequency: