Another more efficient type is the switching mode regulator, where waste energy due to the input-output difference is minimized because output voltage is a product of the pulse width of the switched current, rather than the result of the voltage drop across a semiconductor. On the other hand, given the use of switching currents, it is a greater challenge to eliminate high frequency ripple caused by the rapid transients intrinsic to the switching mode operation of these line regulator devices. These tend to be noisier than their linear counterparts.

In my quad I had the specific need of providing two different voltage levels, both with very low line noise because the loads would consist of analog video devices such as a camera and a video transmitter (VTX) for FPV. The camera would need 5 VDC and the transmitter 12 VDC. 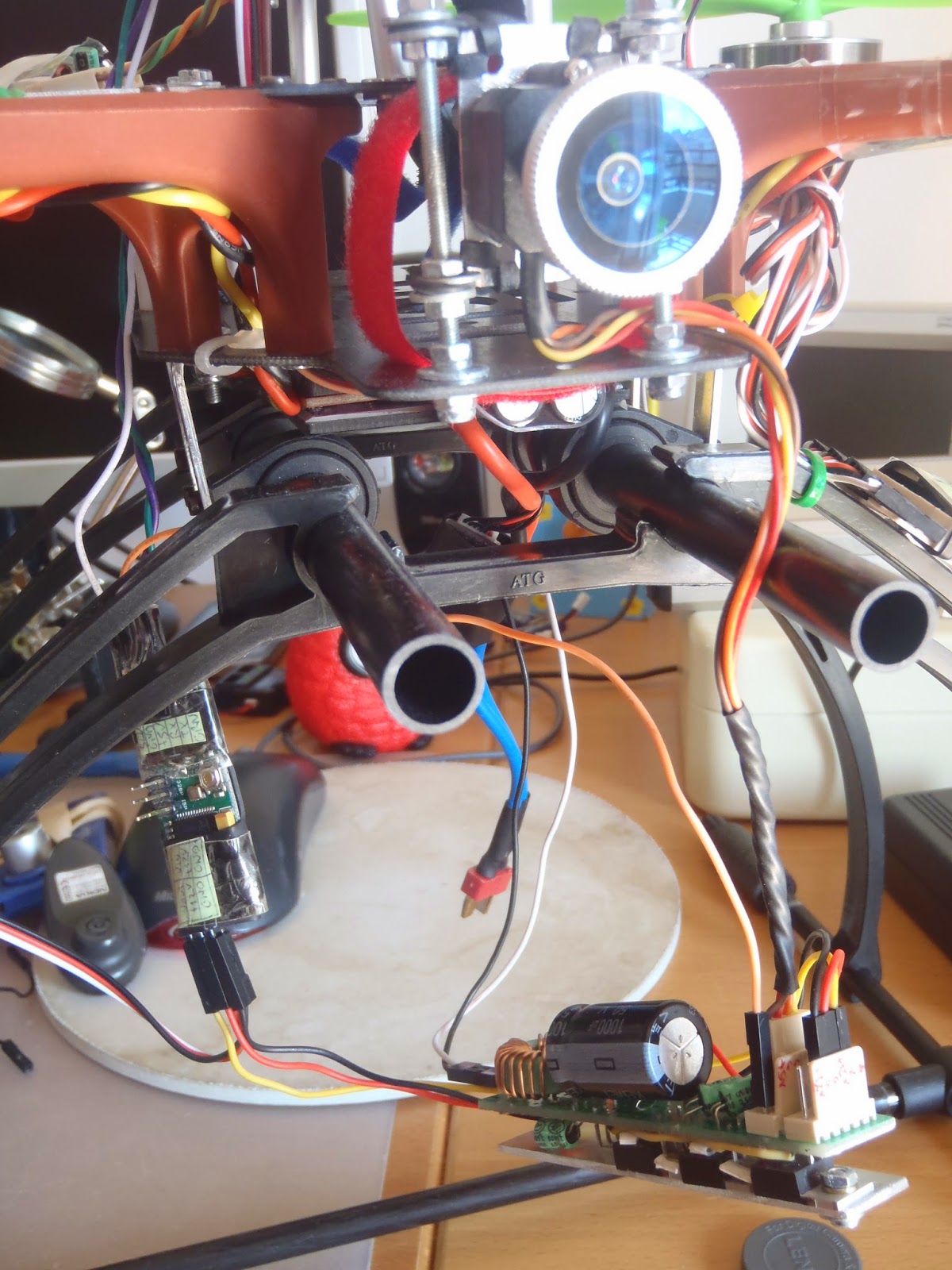 As power consumption of these devices is always marginal compared to the power drained by the motors (i.e. 1 Amp versus 14 + Amps of the motors in hover), I didn't care about going for a switching mode regulator, therefore favouring the linear type. However I have chosen a low dropout part, in this case the LM2940 in its +5V and +12V variants. These have the advantage of still providing line regulation when the input-output differential is very low, which can be the case for powering the VTX when the batteries are almost drained. 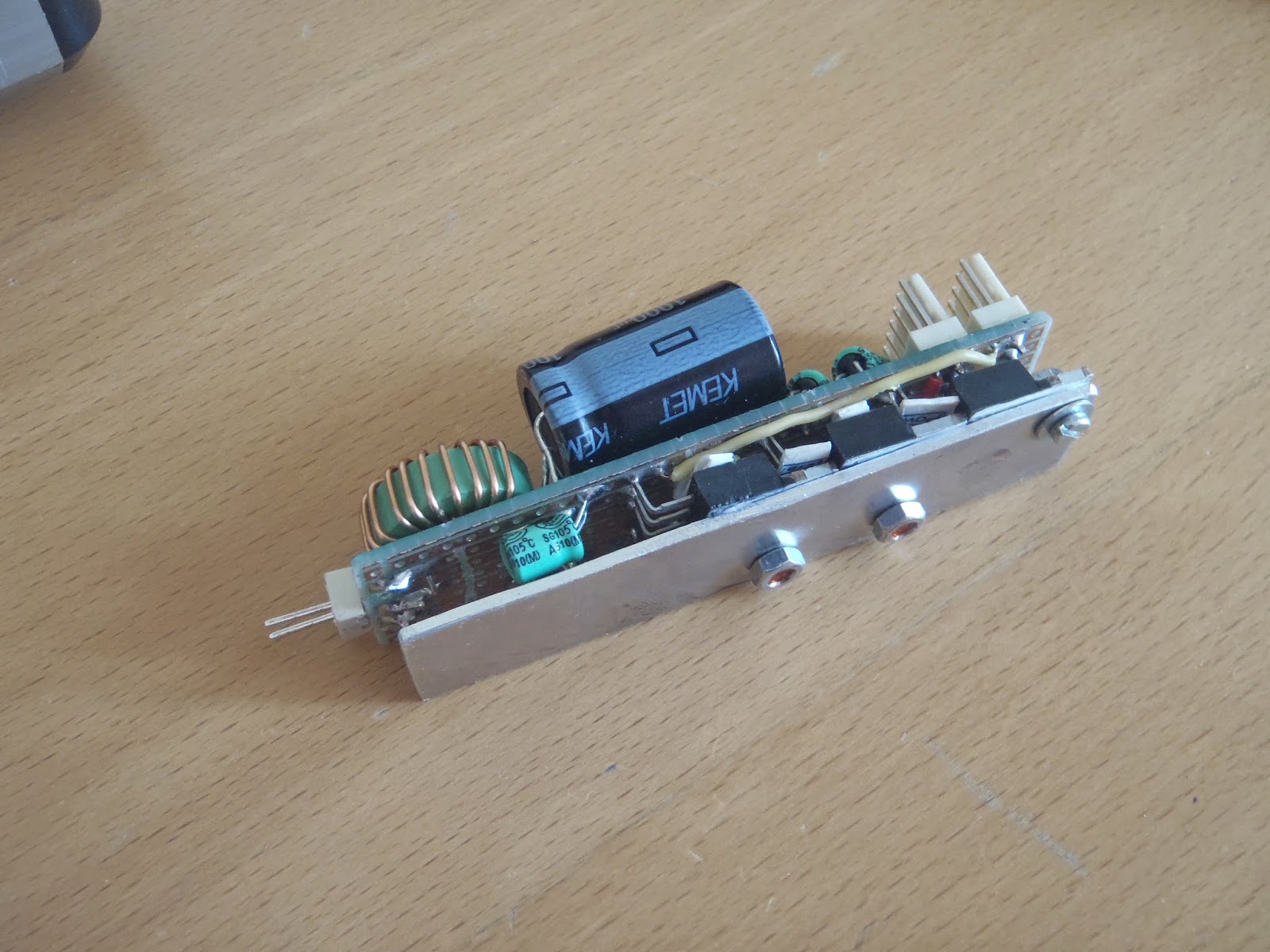 In this device I have added two +12V regulators and one +5V regulator. The reason for two +12 V regulators is because one would be dedicated to the VTX and the other one for powering the brushless gimbal. 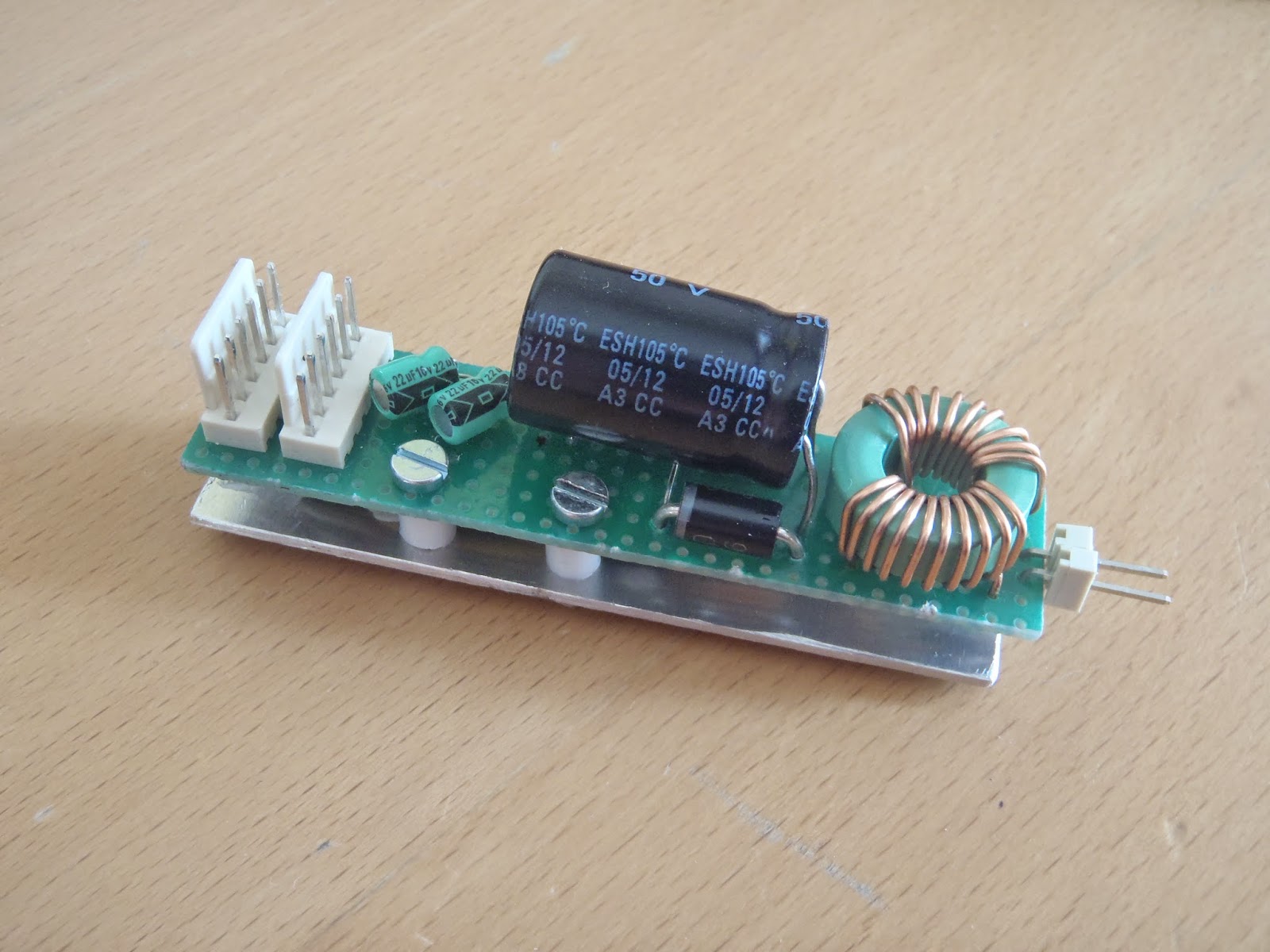 I "went to town" with the noise filtering, and as such have added an inductor wound around a ferrite toroid and a 1000 uF electrolitic capacitor. A schottky diode prevents current from flowing in the reverse direction, namely from the capacitor towards external loads, especially when the battery voltage starts dropping.

The result of this circuit was a very steady video signal which is totally unaffected by motor currents, even when pulling harder on the throttle. This was quite a good result which pays off in respect to the alternative of using a dedicated battery for the VTX and camera. It's lighter and is one less battery to charge and take to the field.