Other than having the recently ordered flight control board (Multiwii SE) mounted and configured, everything else was completed today with the addition of the custom made landing gear: 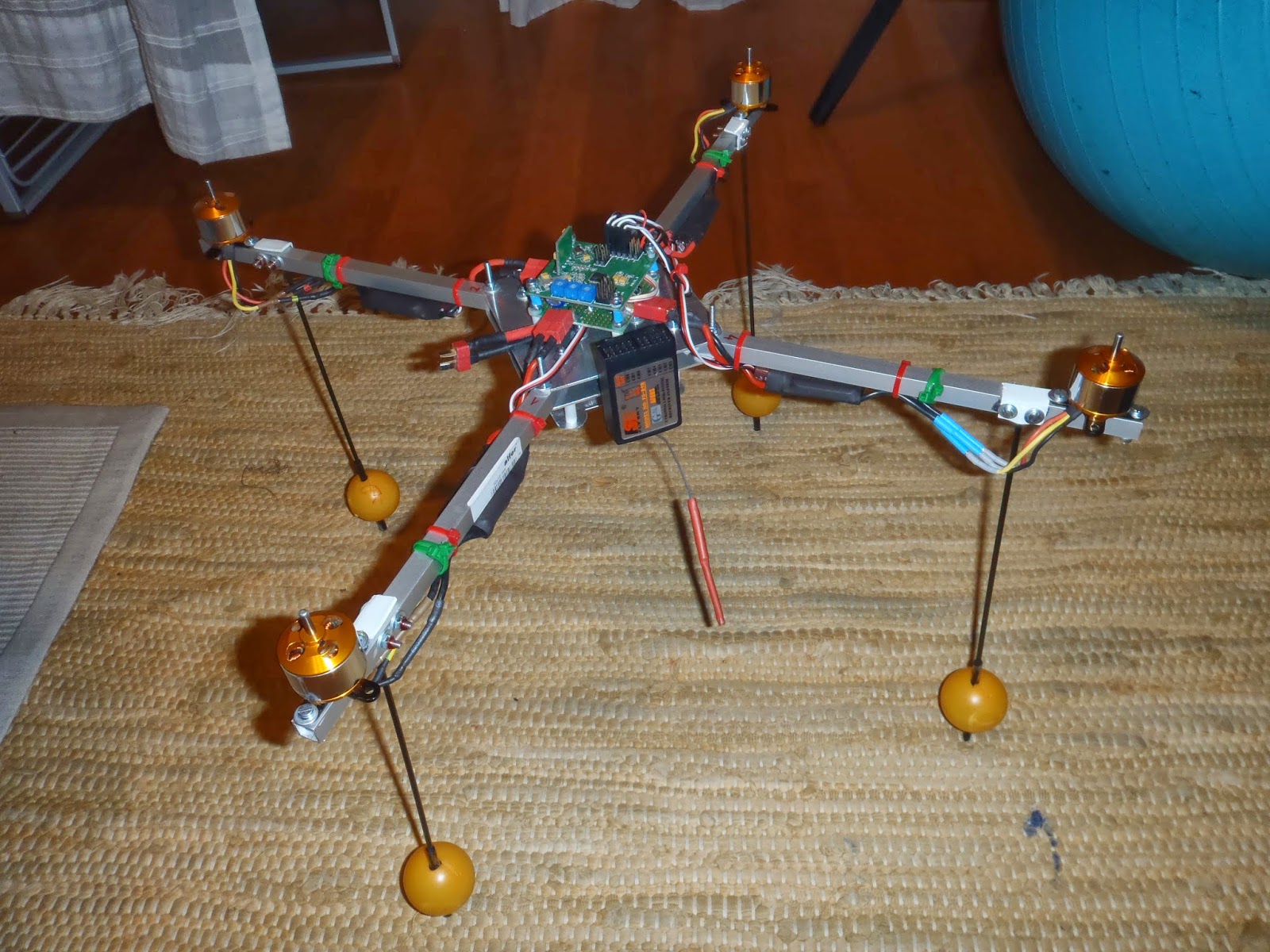 While both trying to save money and reuse scrap parts, I came up with a simple solution which apparently will do the job, instead of spending 10-15 EUR on a standard landing gear. Using the four carbon rods that were bundled with my first helicopter I made a small fixture in each of the quadcopter arms, to secure the rods: 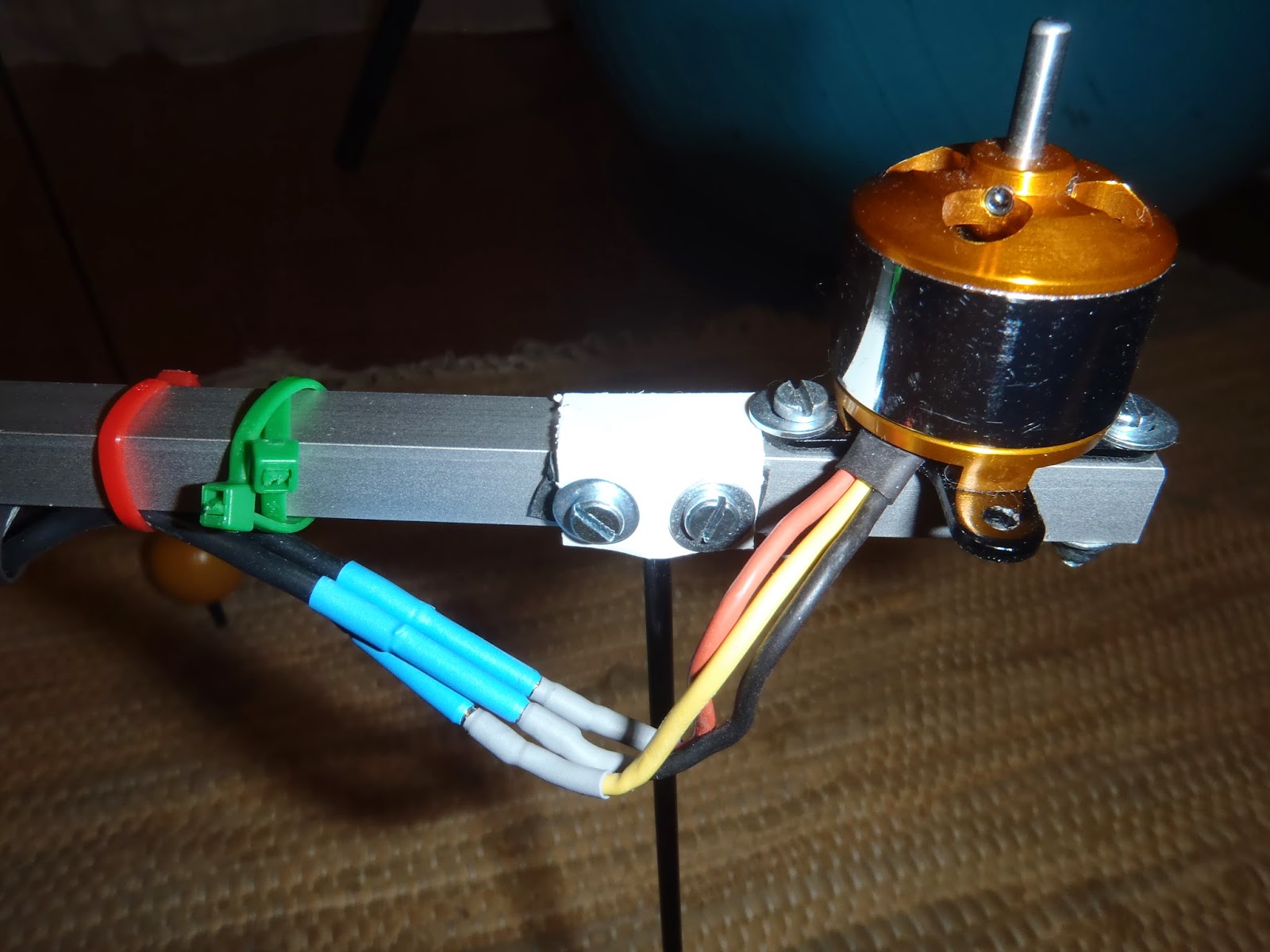 In case of a hard landing this fixture also retains the rods preventing these from sliding into the path of the propellers.

Another advantage is the weight savings, as the four together total about 30 grams (nylon fixture, nuts, bolts and washers not included), which compared to the almost 200 grams of a conventional landing gear is close to nothing. Also the clearance above the ground is the same as that of the conventional landing gear (about 250 mm), which will allow me to consider installing the gimbal in this frame if I get confident enough...
at 4:31 PM