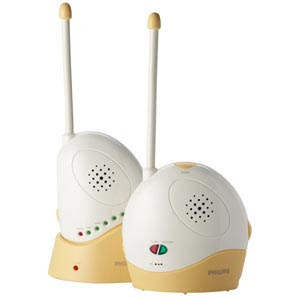 While preparing to be a father for the first time, I have found most baby products to be more expensive than would otherwise be desirable, given its ephemeral usefulness. Considering the full blown economical crisis that we face today, spending copious ammounts of money in things that soon become useless, seems a little too light headed and perhaps irresponsible.


Either essential or non essential products tend to be more expensive than it is reasonable to pay for. As such it is my belief that the consumer must be clever and refrain from indulging the will to buy every fancy baby product that sellers expose.

One thing I found is that quality products are incredibly overpriced if bought locally on a pharmacy or baby shop (e.g. a mere breast pump, sterilizer, pacifier, etc) when compared to large online sellers (but here it not specific to baby products). 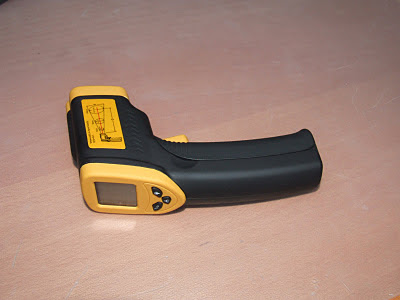 But the case I want to focus on is about baby monitors. While technically simple devices, these tend to cost way more money than an intelligent human being is tipically willing to pay. Even CTCSS walkie talkies are usually more powerful than these devices, and sometimes provide the same function, for less money.

In a first approach, I checked the feasibility of building a baby monitor from scratch, but soon found it to be too laborious, even though I would probably not spend much money in parts. I also considered buying the CTCSS walkie talkies, but while being less expensive I considered that I would not give future use to these, so this option was also discarded.

I have taken a look at the stuff I had in lying around at home, and found that I had at least two of the three parts of the puzzle already. One thing is an all band communications scanner I bought a few years ago for listening to all sorts of analog transmissions: 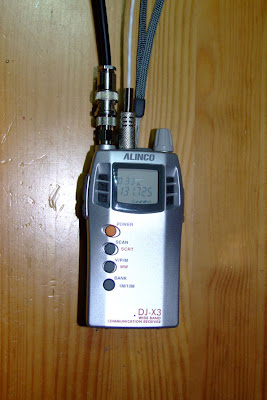 Another thing was a pair of wireless headphones from Sony, which featured quite a reasonable quality, but which I rarely used: 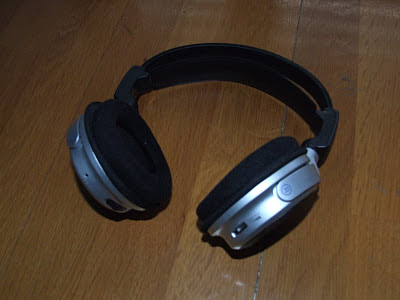 The headphones transmitter had a pretty good range, and I found that I could tune the scanner to either of its two transmitting frequencies: 863.520 MHz or 864.520 MHz. I could listen in perfection selecting wideband FM. Only the stereo signal didn't seem to be encoded the same way as regular broadcasting stations. So I had to listen in mono, but no problem for monitoring the baby anyway.

The only part of the puzzle left was how to connect microphones, as the transmitter only had line level inputs (0.7 Vrms), and the electret microphones signal would be well below this level to be properly heard.

So I had to build a pre-amplifier. I first tested on a breadboard some single transistor approaches, but soon realized that the quality would be below what I would be interested in.

So I looked at the popular LM358 opamp chip, which seemed to potentially provide more than enough gain for this purpose. And besides this, each package contains two amplifiers, easily allowing a stereo pre-amplifier to be built, without having to add an extra opamp for the other channel.

The following schematic describes the device: 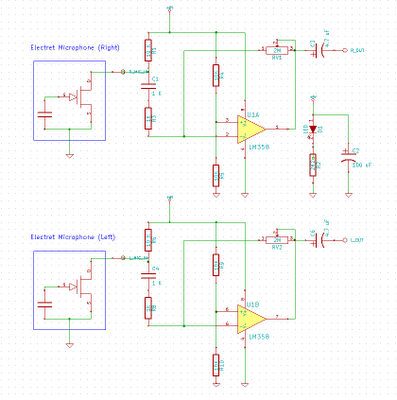 And after testing on breadboard the finished circuit, mounted on veroboard, and placed in a nice appropriate enclosure. 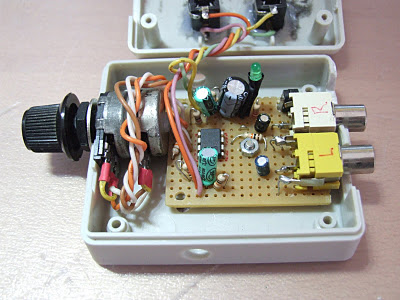 First I used random electret microphones I had in my "junk repository", but inevitably found that even the most similar parts, have quite distinguishable characteristics. So for a stereo setup this should be avoided. As such I went to the cheapest place I could eventually get microphones: a chinese store. After a bit of searching in the electronics section, I found PC microphones that seemed to be quite suitable: 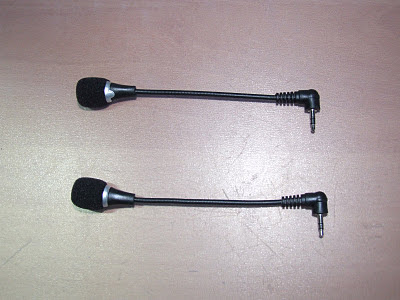 Costing 2 euros each, I thought it would be worth it. Took two of these and went home to test against my circuit. One would provide excelent results and the other had lousy sensitivity. This really made me even more aware of what to expect from quality control in cheap chinese products. Curiously the package had the indication "We have passed ISO9001 certification". Whatever...
Anyway, I went back to the store and replaced the bad microphone with another one I selected randomly from the stack (crossing fingers to be more lucky this time). And in fact this time I was lucky (I dont know what the odds are, but perhaps 50/50 ?). Both microphones had apparently equal performance (as far as my hearing can tell), and the final result was very good (true immersive stereo sound when heard from the sony headphones).

All in all, ignoring that the first two parts of the puzzle I already had (which by the way were not all that cheap - 50 euros the sony headphones, and about 100 euros the all band scanner), mounting the pre-amplifier was cheap (around 15 euros and one day of labour). In my case what mathers is that I saved money, as otherwise would be throwing 50 to 70 euros to something that would later become useless. This however can also be used connected to a computer or other device with audio inputs, and provide excelent sound sensitivity (similar to human hearing) for recording a conversation, music performance, etc. 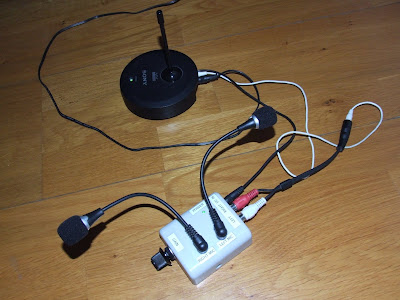 Now that we are talking about electronics engineering projects, I take the opportunity to refer to a company developing great devices, aimed not only to hobbyists but to integrators. Microsensus solutions, given its use of wireless technology fits greatly into applications such as people monitoring. One of the products (the Tiny family) even has the baby monitoring as one of the design motivations: 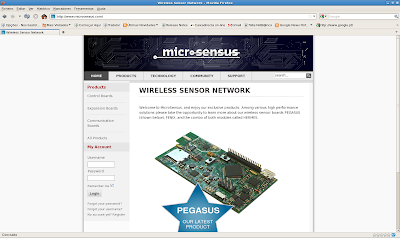 Some manufacturers want to put their hands in our wallets while they produce poor quality and expensive products.

This is just a good example how we can engineer a solution that simply overrides expensive, although standard, products that we can find in the market.

This also points out that people aren't dumb, but demanding what regards quality.

Once more the need led to invention.