From the tests carried out so far I could not see a relationship between frequency/pulse width and the ammount of gas formed. I could only see that as the current increases, the more gas is produced (i.e.: the rate at which the bubbles appear in the water flask is greater). And the current increase depends on the pulse width alone (or not entirely - considering that the WFC behaves like a capacitor, current will also depend on the frequency).

The experiment setup, including the water flask, where the gas output goes: 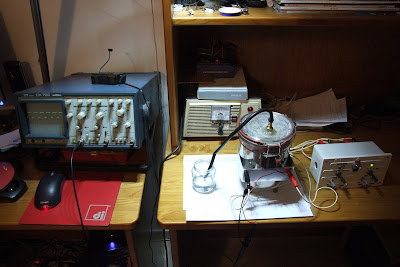 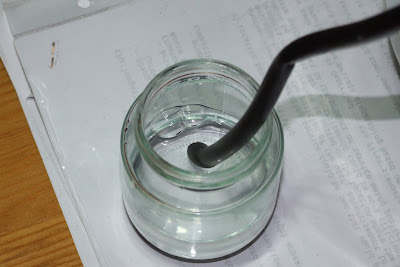