The most inneficient (and probably the coolest) EV in the world - the electric hovercraft! 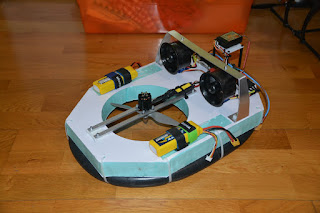 This project may well model what an electric hovercraft could feel like to drive. At least from a noise perspective, trust me, it is a pretty solid preview in spite of its small scale!


This whole project started out with an inspection of my inventory of spare R/C parts, and with a little brainstorming with my daughter, figuring out something fun to build from scratch without spending too much money, this came to mind. Sketch after sketch, the idea went from a concept, to a plan, and lastly to the actual construction: 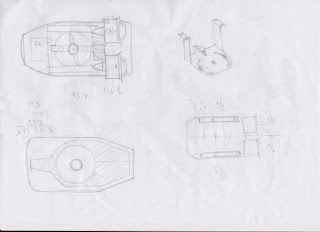 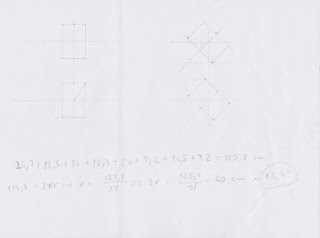 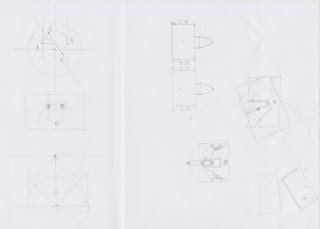 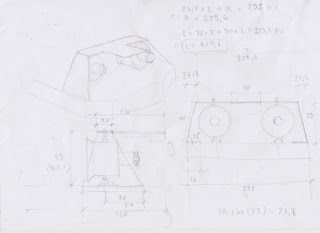 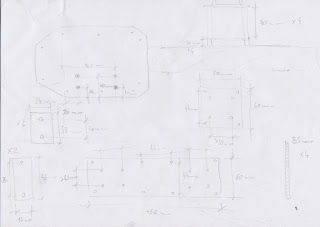 Considering the importance, and thank god, apparent focus of the legislators and the industry in replacing vehicles that burn fossil fuels with greener alternatives, it is interesting and of great importance, to also promote and bring to the recreational arena, the electric vehicle in its diverse shapes, purposes and forms.

One of the approaches (which we already see to some extent taking place in several communities) is to pick certain collectible cars, and especially when the restoration of the engine is a greater challenge, go for the replacement of the original propulsion, with an electric drivetrain. Depending on the specific model of the vehicle, the electrification has a variable level of difficulty and cost, but also tends to bring mechanical simplicity and interesting performance.

The automobile is probably the most popular form of motor vehicle. 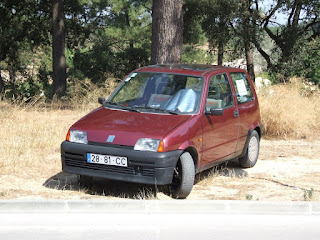 In its electric form, it is somewhat thanks to companies like Nissan and Tesla with their consumer EVs becoming widely available, that performance and range was proven possible (to consumers) in vehicles powered only by electricity: 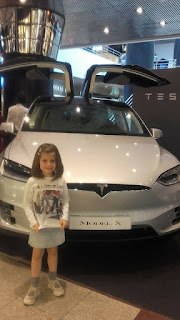 In recent years, electric drivetrains also gave shape to entirely new forms of vehicles - that is the case for Segway scooters, and other devices with a similar concept, such as the hoverboard.These vehicles would hardly be possible without the advancements in recent decades, regarding digital control and the sophistication of sensors such as the MEMS gyros and accelerometers.

But it is hardly a conventional though, to look at exotic vehicles such as the hovercraft, and think of making an electric variant of it.

The hovercraft is conceptually simple: it consists of a frame which holds a powered propeller, mounted in the horizontal plane, and one or more propellers mounted vertically in the rear of the vehicle. The later is (are) responsible for providing the forward thrust to the vehicle, while the horizonal propeller creates the dynamic pressure under the vehicle, providing an air cushion that eliminates the drag from the contact with the ground. 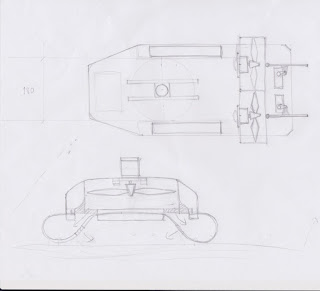 In my design, I looked forward to making it simple and minimize the need to buy new parts. I was able to repurpose one brushless motor (which I initially used for powering an airplane), for serving as the air cushion propulsion source, and some aluminium tubing which I used as support for the motor: 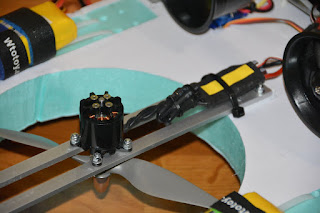 The 3 ESC's (Electric Speed Controller), a power distribution board, two 9 gram servos, and the two 2.2 Ah 11.1 Volt  3S LiPo batteries I was also able to take from my R/C stock and use it in the vehicle. 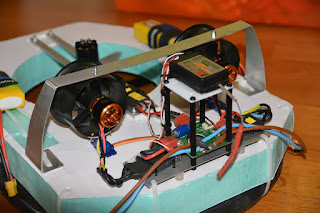 The radio receiver and transmitter I  reused from the available R/C gear I had: 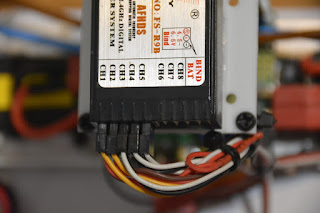 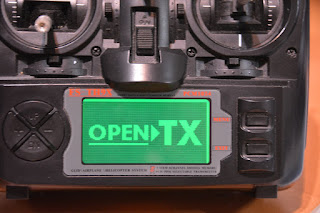 The rest however, I ended up having to buy: the polystyrene used for the frame, the two ducted fans, and 4500 KV brushless motors that are attached to these. 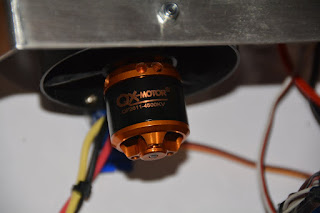 Instead of the usual skirt, I went for a design simplification, by using a lightly inflated 16" bicyle inner tube instead of it: 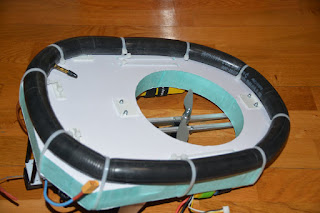 For cutting the polystyrene to the shape of the frame, I developed a technique which I plan to explain in a later post.

For control, 5 R/C channels are used in total: 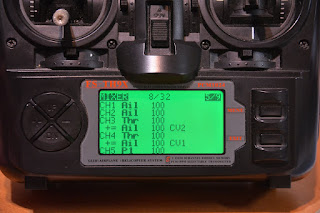 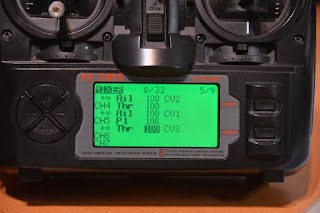 With this setup, and given the fact that I am using a programmable transmitter (powered by OpenTX), it is possible to fine tune mixes and mappings between stick input and channel output in a way that makes it simple for the operator to control the vehicle, and optimal use of the motors and control surfaces is achieved.

For instance, for controlling the steering, I went for a combination of thrust vectoring and differencial throttle control - when the vehicle is being steered left or right, less power is applied to the left or right motor respectively, while the entire  EDF assembly is turned right or left at an angle proportional to the user input. Experimentally I verified that using thrust vectoring alone, it would cause translation of vehicle instead of the desired yaw angle together with the change in direction.

Two curves were configured, in order to define the thrust vectoring + differential throttle mix explained above: 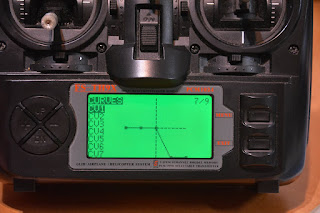 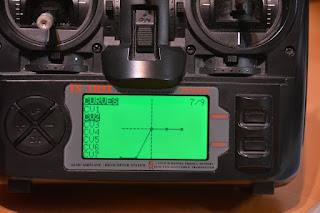 Another curve was defined, in order to mix the throttle stick input with the air cushion motor. 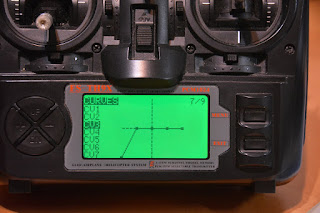 This would remove the need for having to use a separate control input for turning this motor on and off, therefore allowing for some energy savings. I preserved however, the use of a separate potentiometer in the TX, for adjusting the maximum speed of this motor.

As of this writing one a few indoor tests were conducted (potentially at the expense of the good relationship with the neighbors living in the adjacent apartments). Those were enough to prove that if  single EDF is painfully loud, 2 EDFs and a propeller is worse than a unmuffled motorcycle running at wide open throttle.

Stay tuned for the video featuring an outdoor test of the machine (with people with earplugs around it).