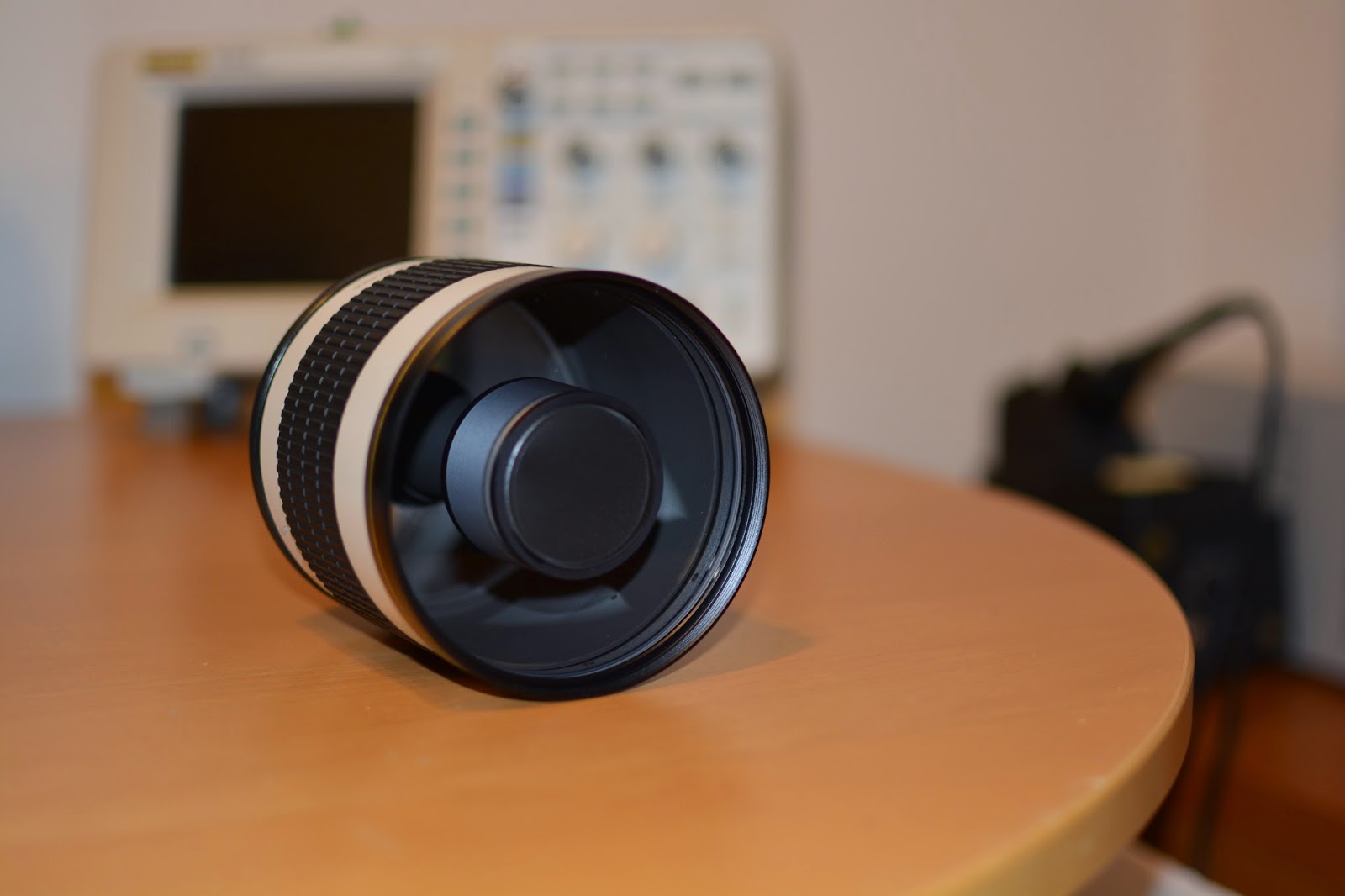 Moving on with the tests on my latest lens the Samyang 500 mm f/6.3, here is a very objective comparison to give an idea of the level of magnification and optical performance this cheap lens is capable of.


The photo below is a 100% crop from Castelo de São Jorge in Lisbon at a distance of 700 meters (taken from the Miradouro da Arco da Rua Augusta) showing the portuguese flag on the left and the city hall flag on the right. It was taken with a 35mm f/1.8 Nikon AF-S G prime lens (for DX). The settings were ISO 100, f/8 aperture and an exposure time of 1/250 seconds. 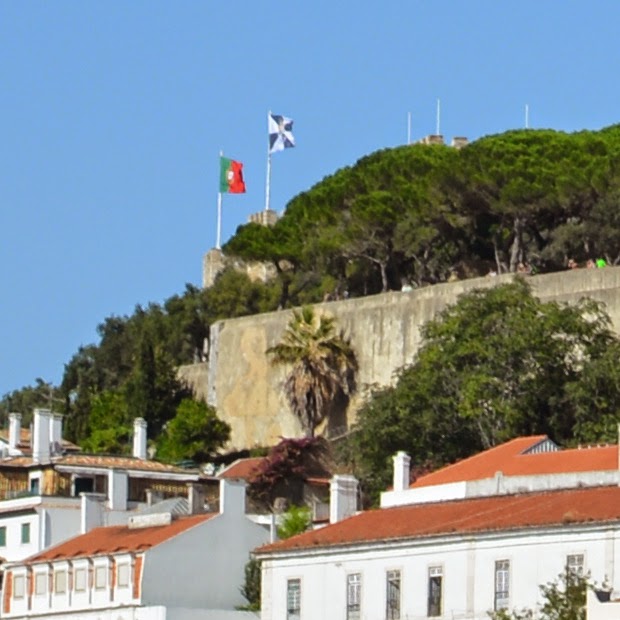 The photo below shows the same two flags but taken with the Samyang 500 mm f/6.3 at a distance of 6250 meters (measured with the Google Earth ruler). This last photo was taken during a calm windless night with the 2x teleconverter, yelding a focal length of 1000mm and an aperture of f/12.6. The selected sensitivity was ISO 200, and an exposure time of 20 seconds was used. 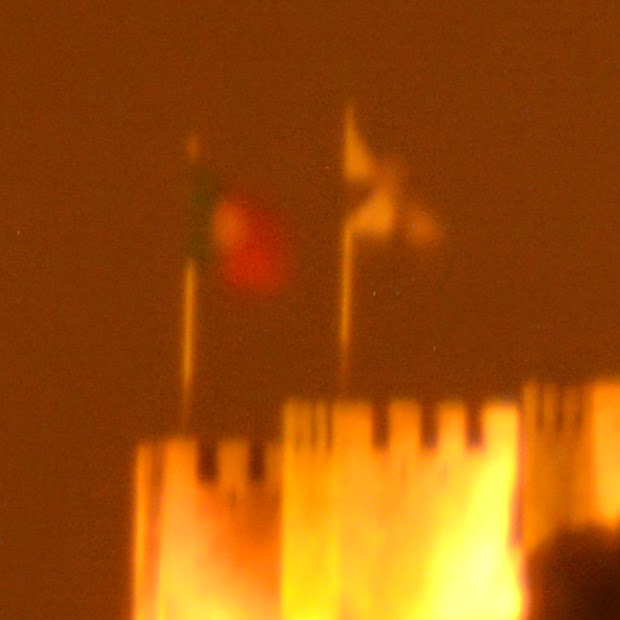 By comparing the pixel coverage of the same objects in both crops we can see that in spite of the 10x greater distance, these objects appear 3x larger. By doing simple math this means that we have roughly 30x magnification in respect to the 35 mm lens. 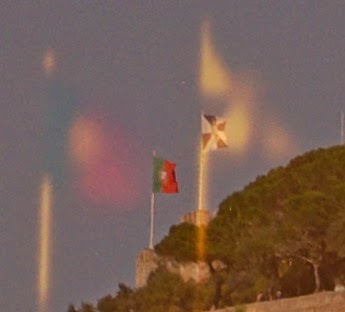 If we calculate from the lens reported focal lengths, we get Mag = 1000 / 35 = 28,57x. This is quite close to the first estimate based on the distances and pixel coverages.

Even though it is not a fair comparison putting side by side entirely different lenses and commenting the different levels of sharpness (it is like comparing a scalpel to a chain saw in terms of cutting accuracy), I must say that given the low cost of the Samyang lens, the contribution of atmospheric artifacts, and the large magnification, the overall result is very sharp given the dimension of the challenges that are implied in photographing under these conditions.