Teardown of a laser printer

In this age of mass consumption  and programmed obsolescence, it is not surprising that a few years after you shell out money for a printer, the availability of its consumables starts to decrease, followed by an increase of the associated price.

As such I decided to ditch my Samsung ML-1630, as a new toner would cost about as much money as an equivalent (yet more modern) printer (with a sample toner included).

While it was a perfectly functional printer (after installing the toner of course), I had no use for it so I decided to tear it apart to salvage some of its usefult parts.

Among all things one of the most interesting part, and the heart of the printing system is of course the Laser module with its rotary mirror: 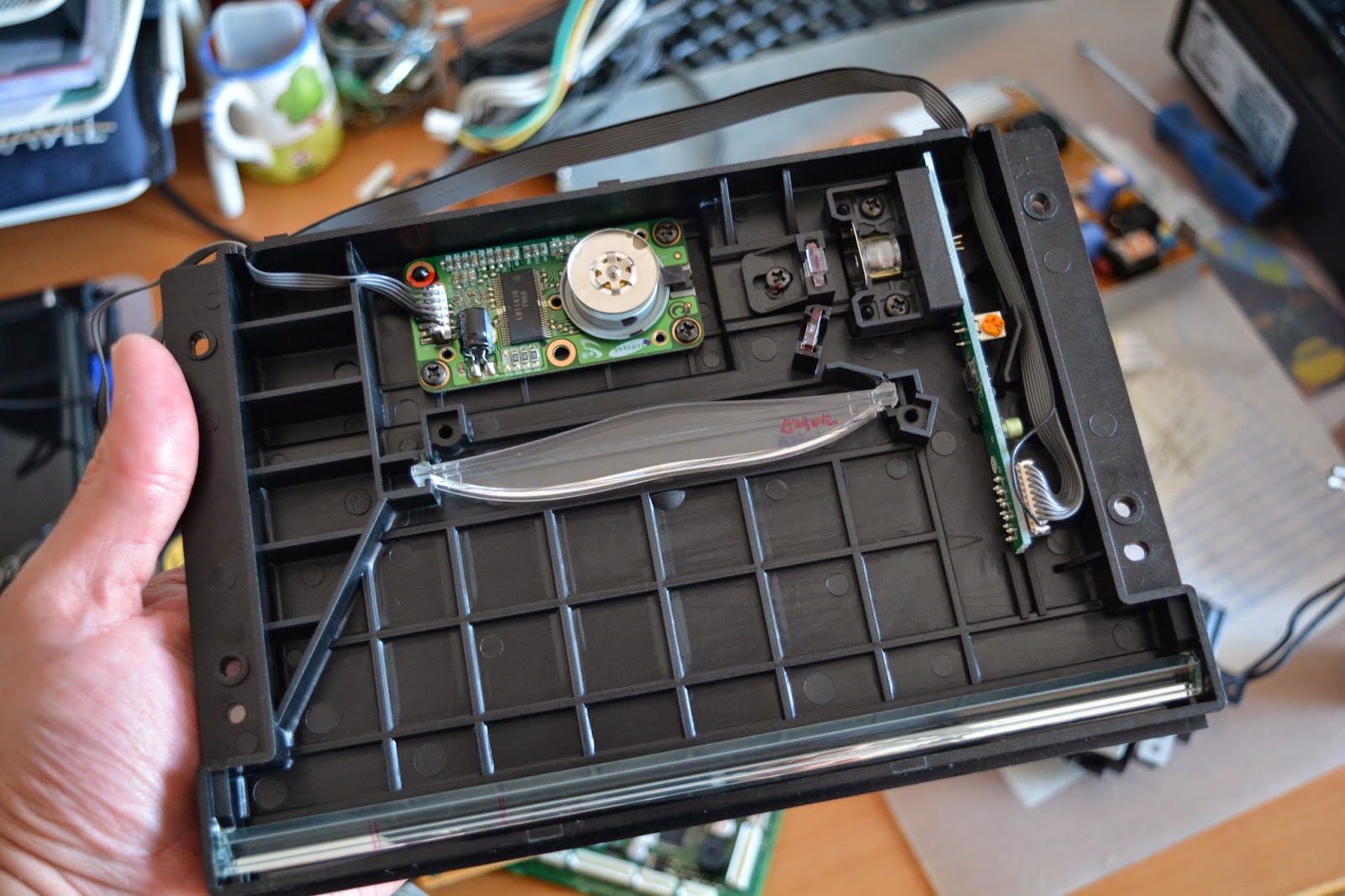 It is quite impressive how a device like this, with such a large amount of hardware components, most of which of an above average quality and complexity it sold to the retail market for about 50 €.

It is clearly a very representative example of how economies of scale are effective. Again, prematurely making products obsolete is key to keep this wheel turning. For the consumer, buying products at an attractive price comes at the cost of seeing its value disappearing after a half a decade or so.

Indeed this is quite a rich piece of kit: a control board, the electronic heart of the printer, where everything is coordinated consists of an ARM core Samsung Jupiter4E microcontroller/cpu. Its nice to see it has a JTAG connector, but I strongly doubt I will be doing anything useful with the board: 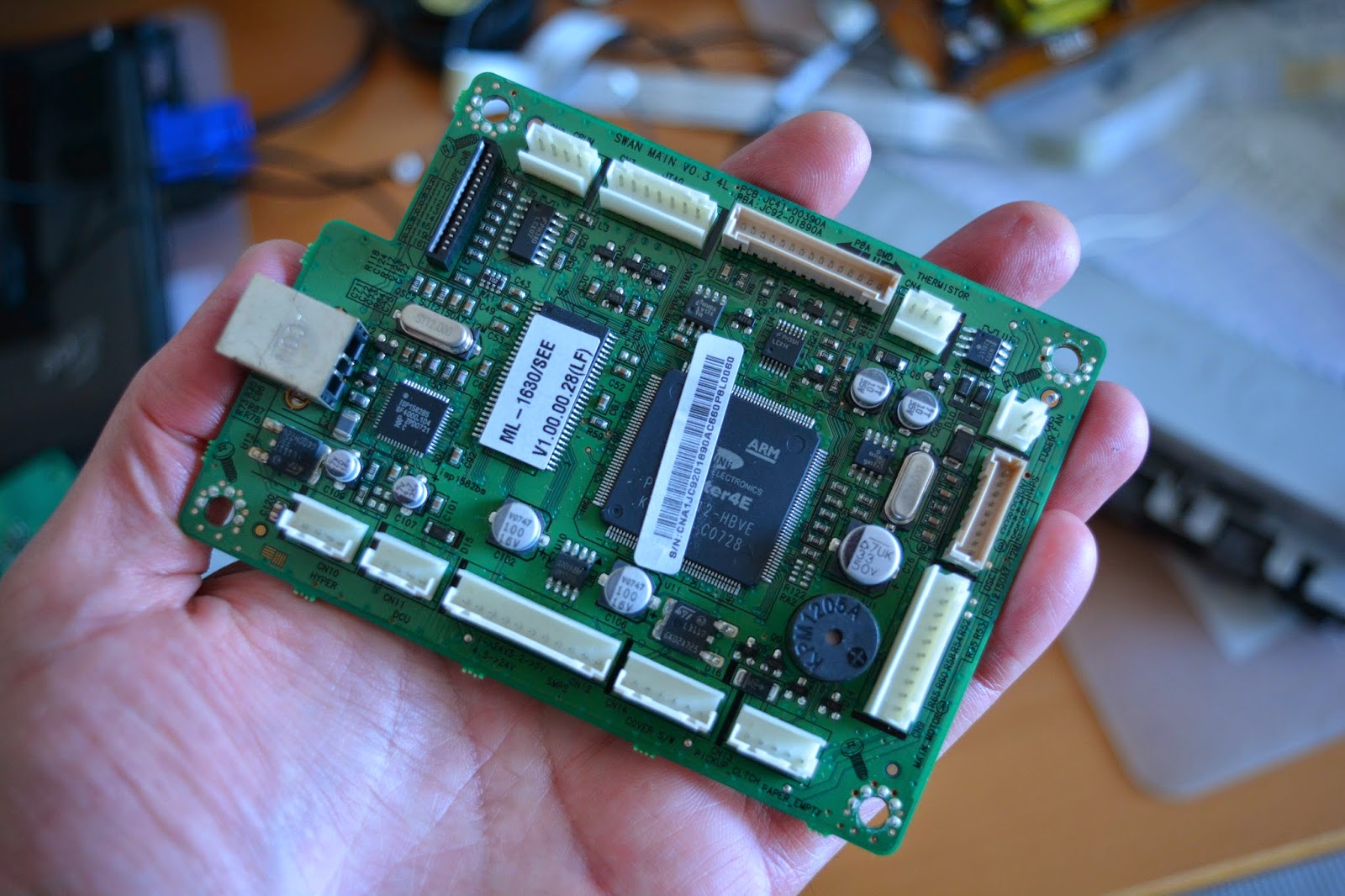 Unlike old (or perhaps not so old) dot matrix  printers, this laser printer does not have many motors: one 3 phase brushless motor to drive the paper, and another brushless motor in the laser module, to spin the mirror. 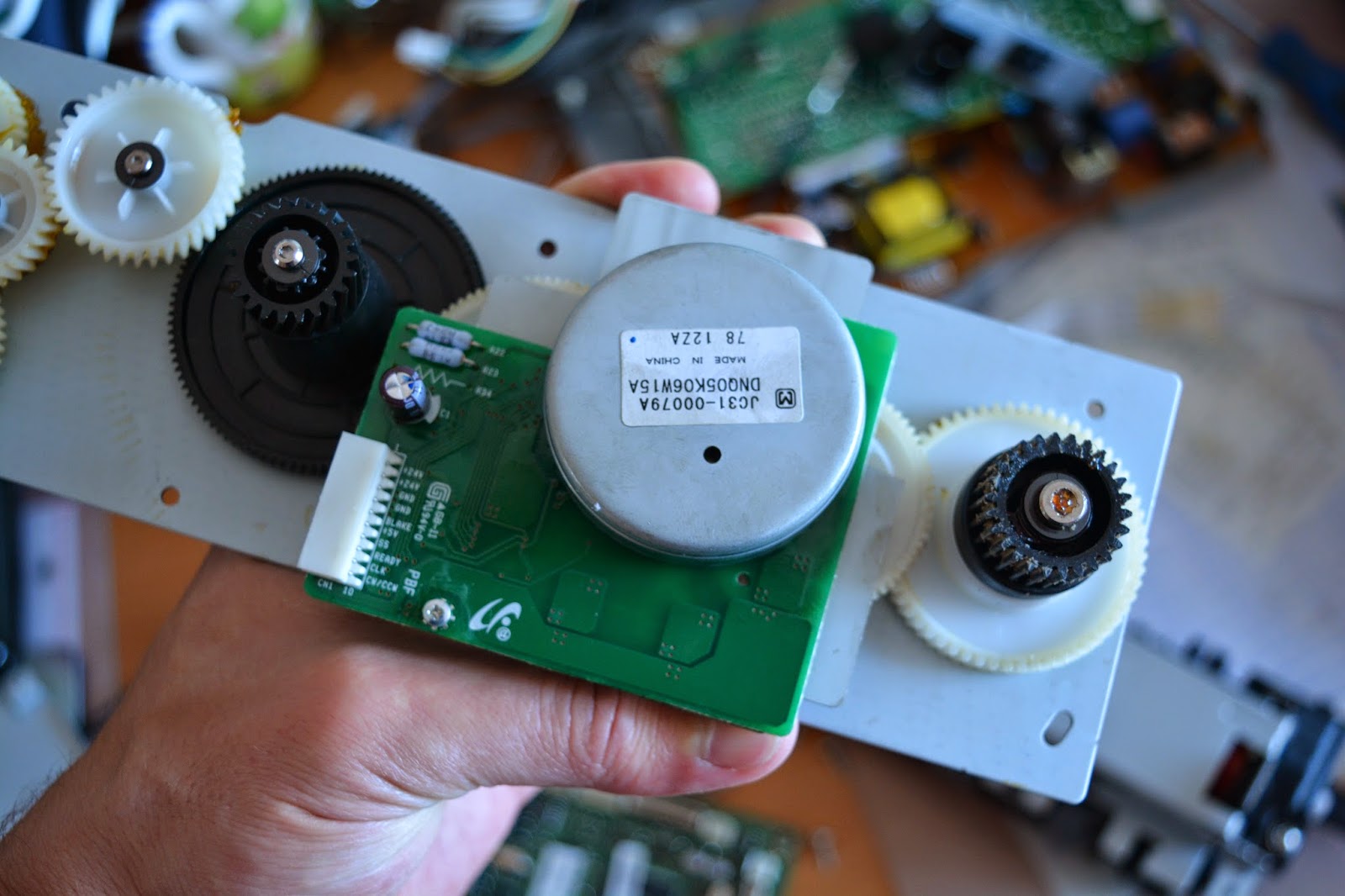 It also had a solenoid to engage certain gears: 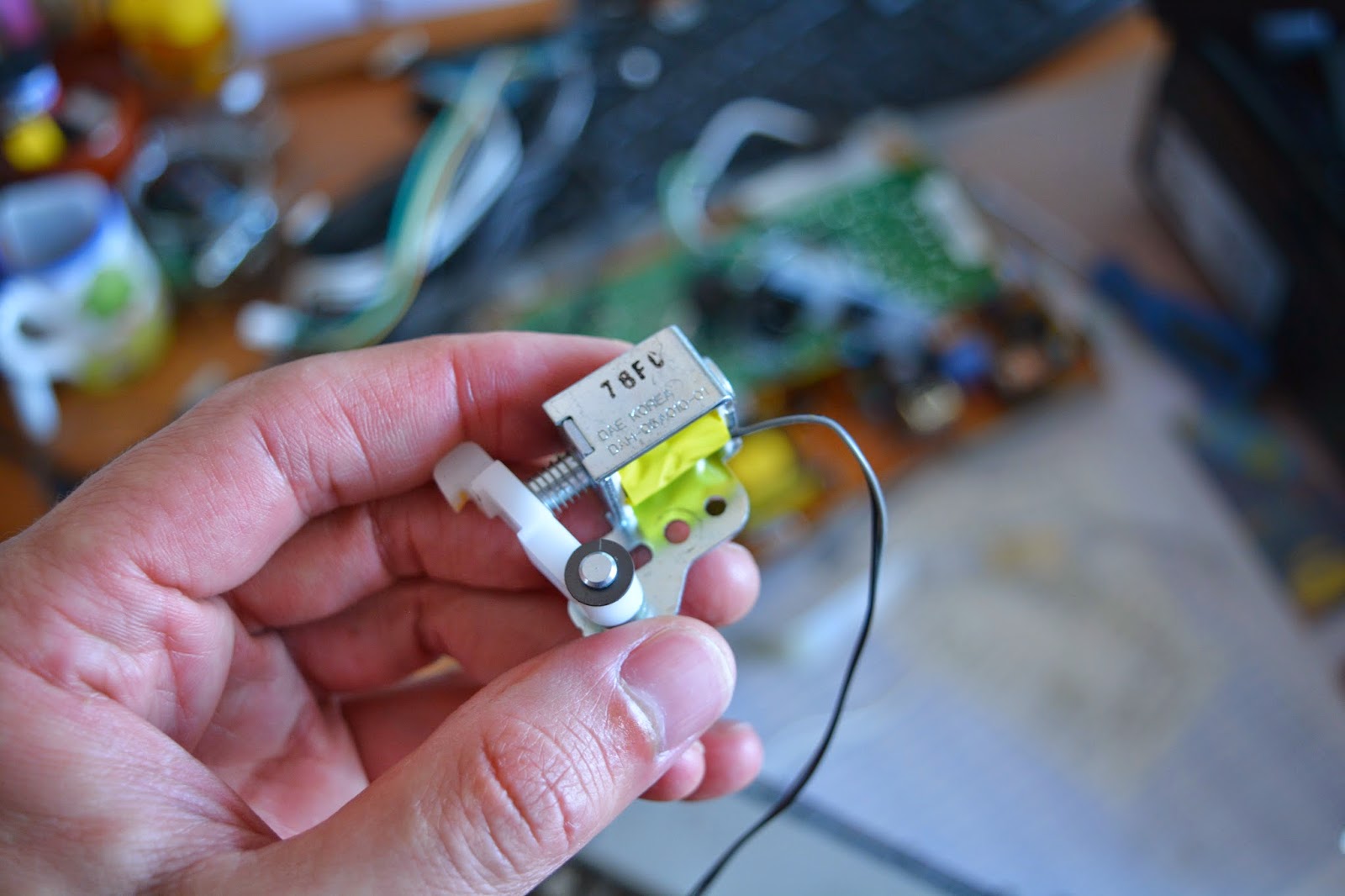 A nice big temperature cutoff switch causes the toner fuser to turn off in case of malfunction: 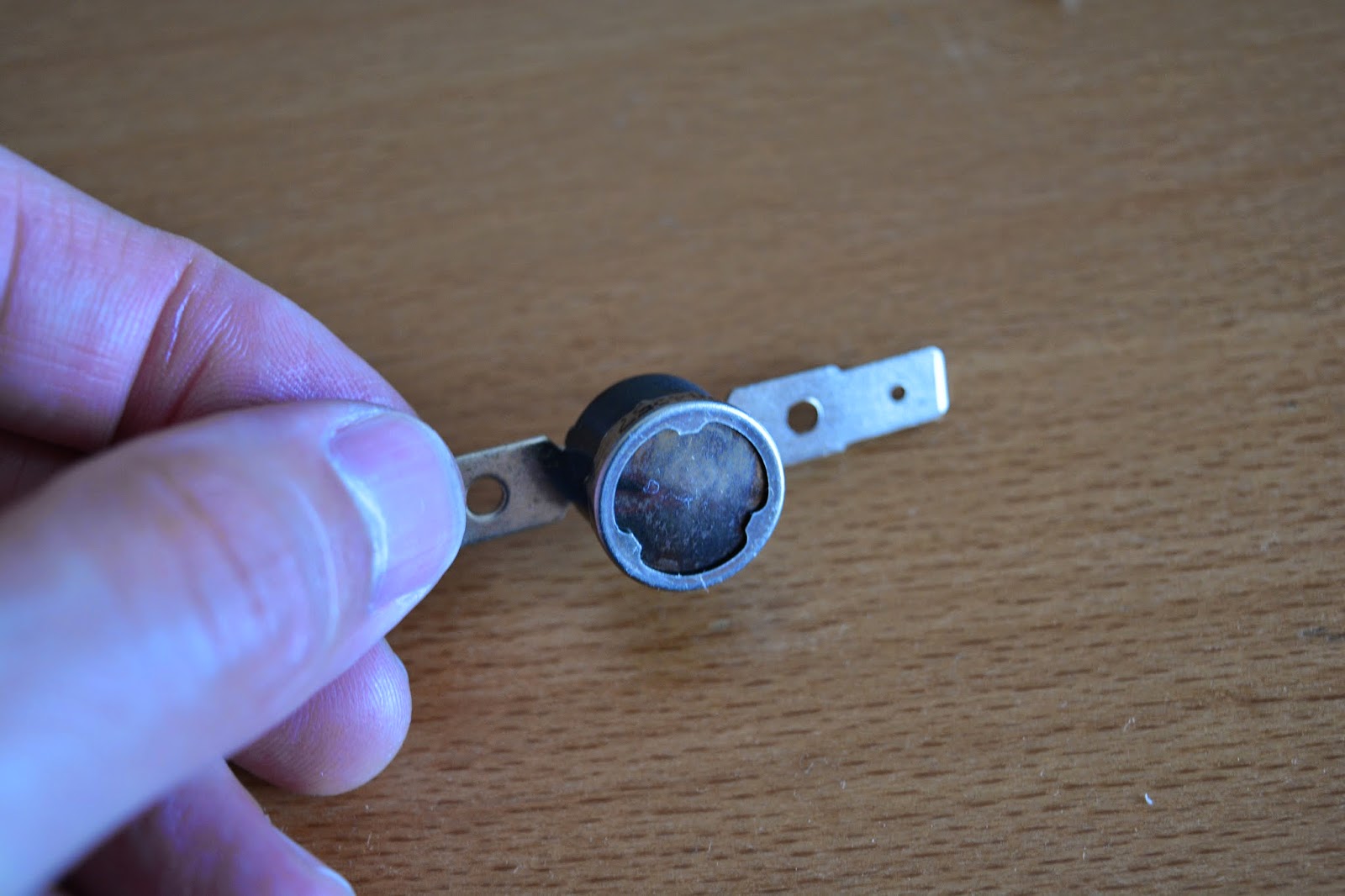 And of course, screws are always worth saving: 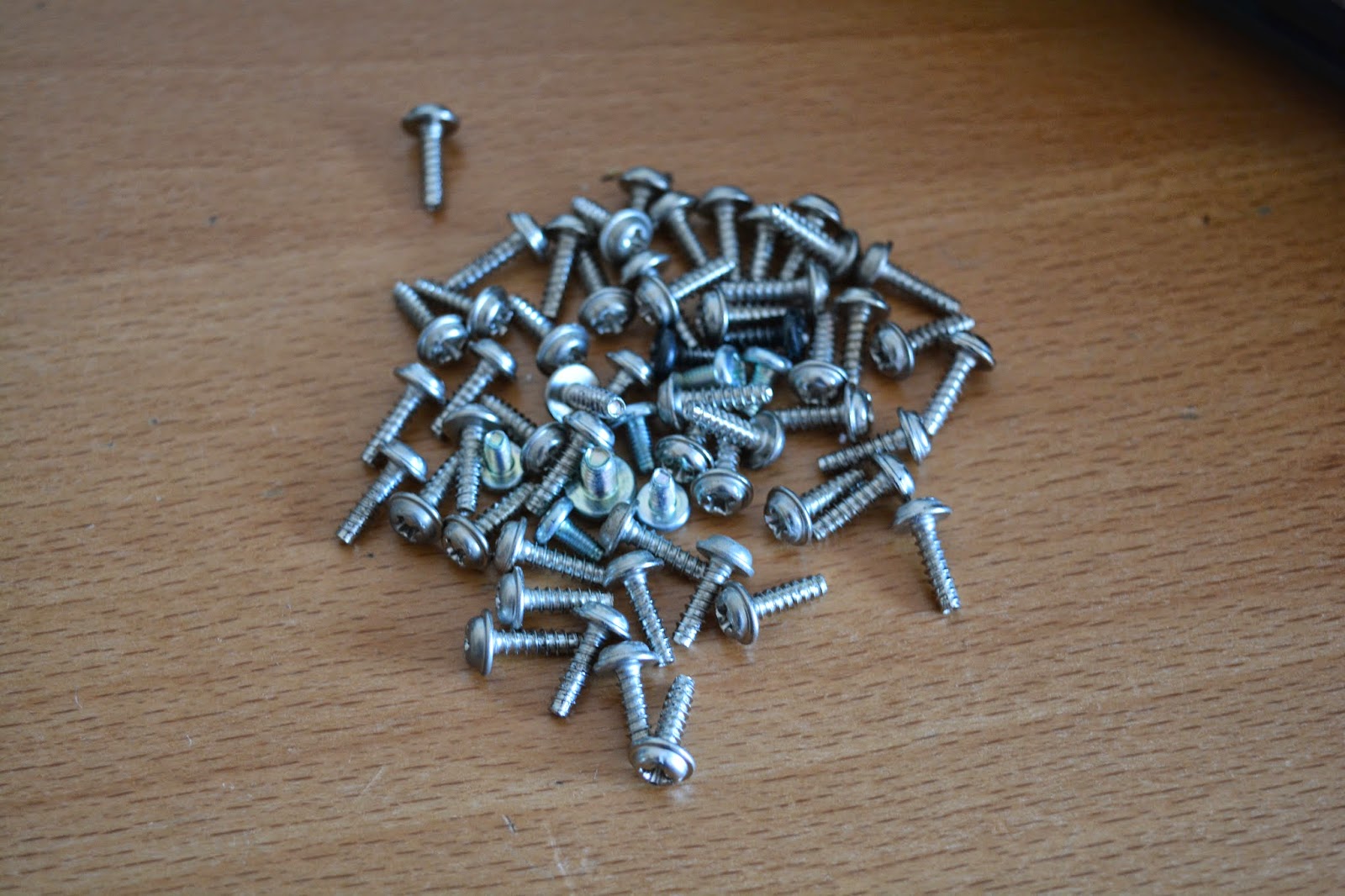