Some days ago my father asked me to check if I could repair this single element induction stove. I disassembled the device to inspect its inner workings. I was a bit curious because I have never taken apart this kind of apparatus. 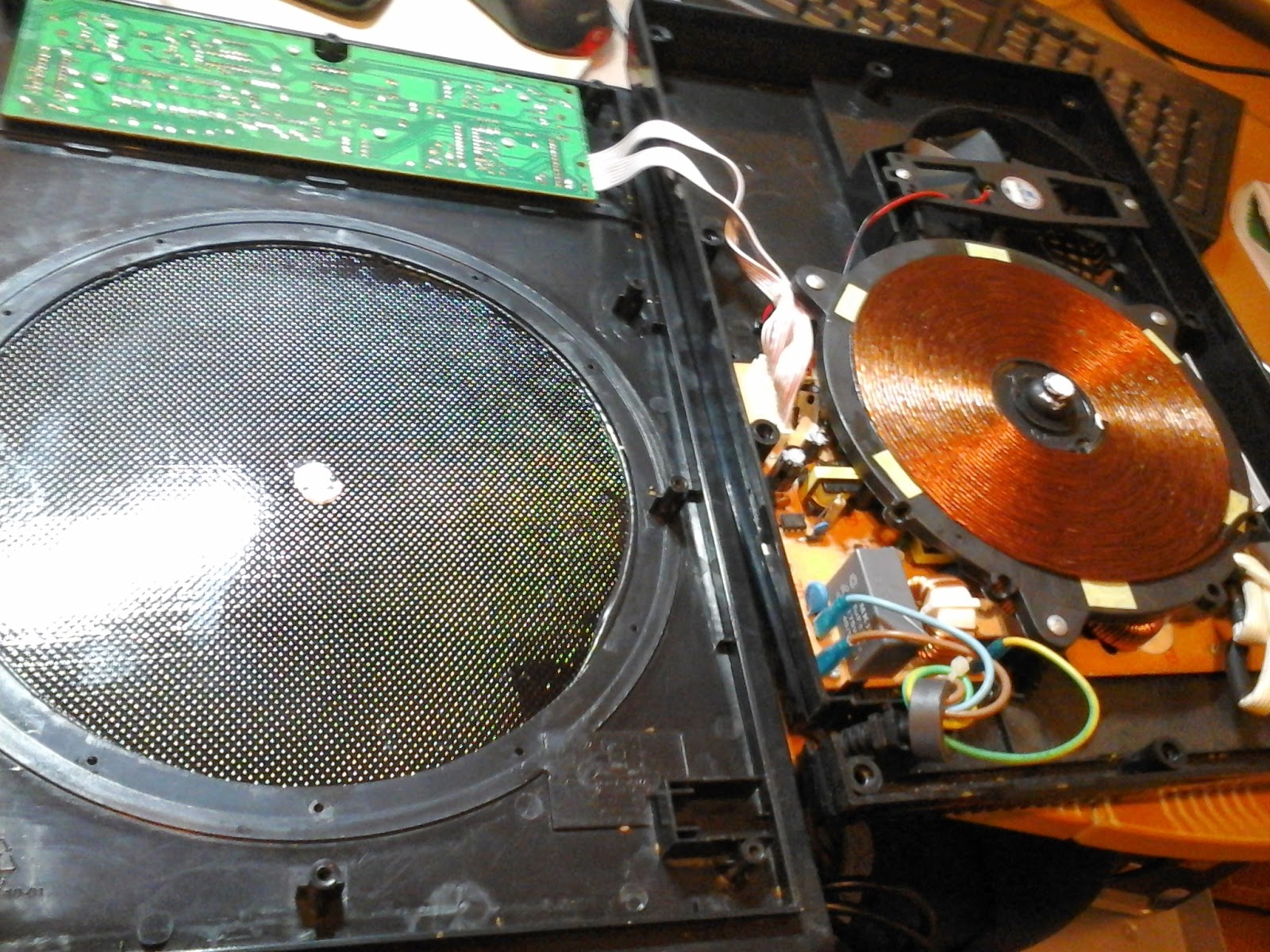 I must say that in spite of its relative simplicity it is a pretty elegant piece of electrical engineering. The first thing to notice is the use of conventional materials such as regular ABS plastic found in consumer electronics such as DVD players and other devices we don't expect to fry an egg on top of. Even the main element, the induction coil is held by a very conventional plastic support. The magic behind the thermal insulation is for sure the glass-ceramic material that is used on the top of the stove, which keeps the unit cool in spite of the high temperature formed at the surface of the pan.

One featuring the LED display and a couple of Elan EM78 series microcontrollers: 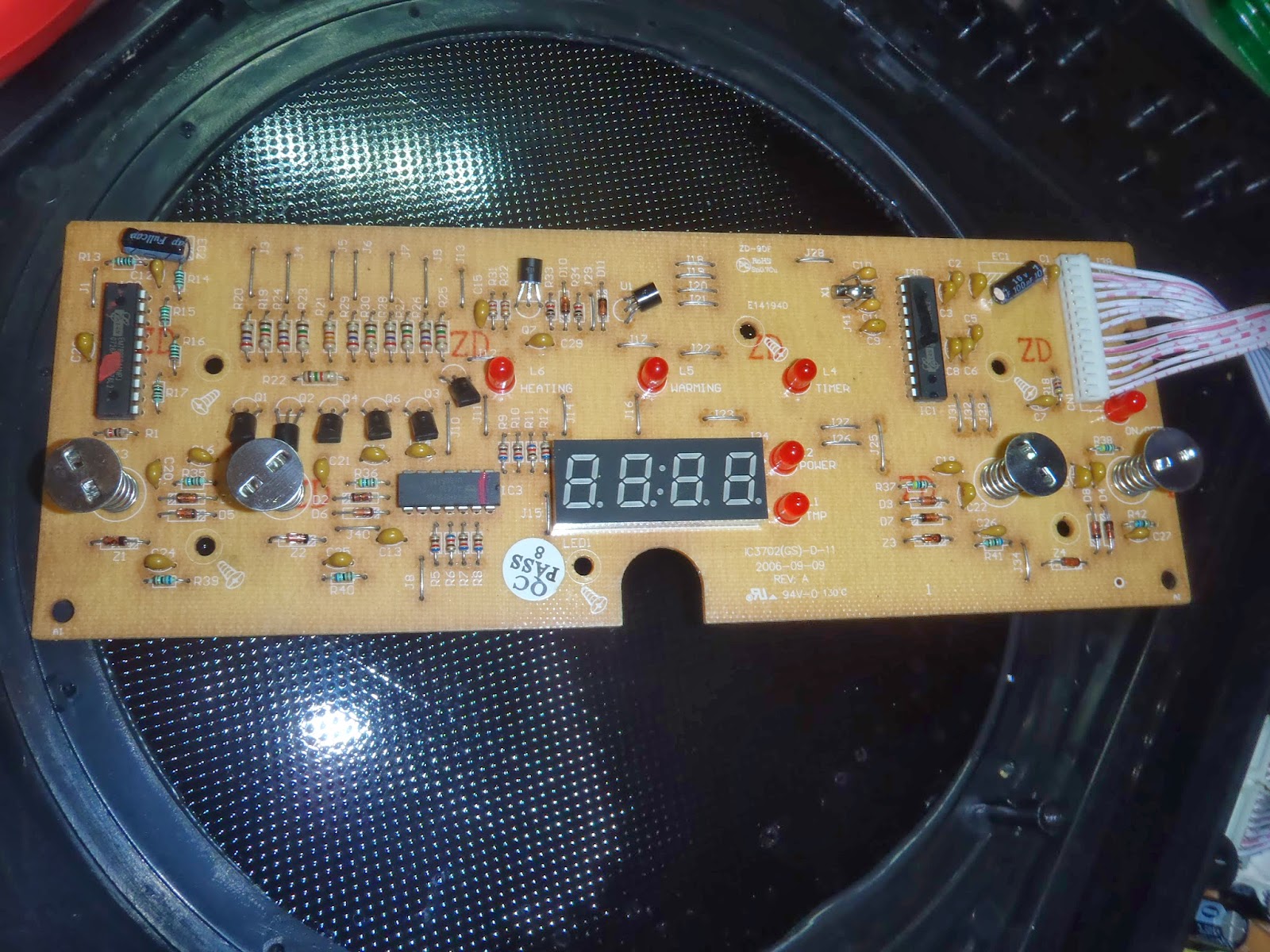 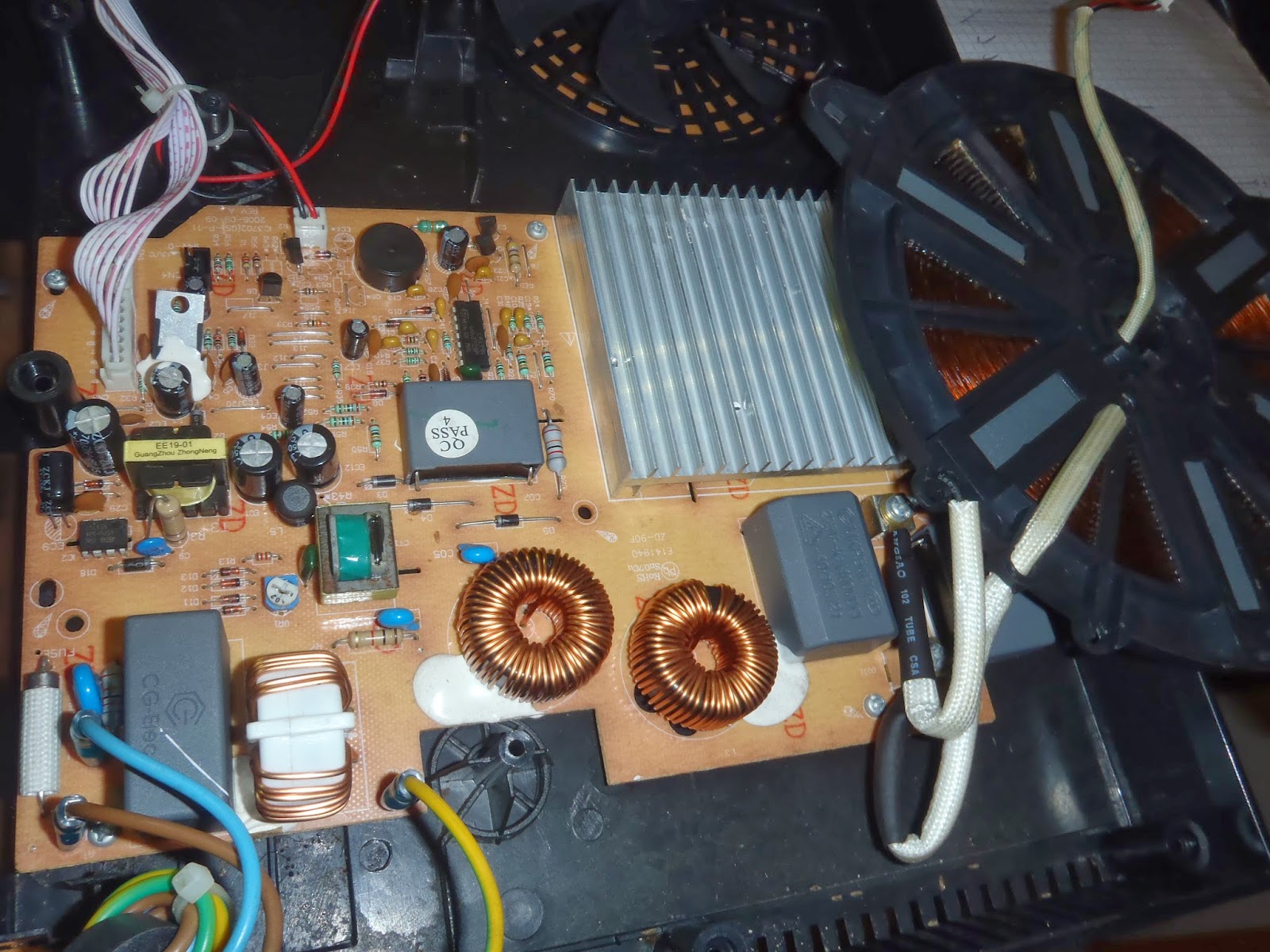 The largest IC in this board is a LM339 quad comparator.

For tracking the fault (which consisted of the unit starting correctly but when trying to initiate the cooking it would display the error E01), I started with the first candidate (assuming that the control board electronics were ok, given the apparently normal behaviour), the IGBT transistor. 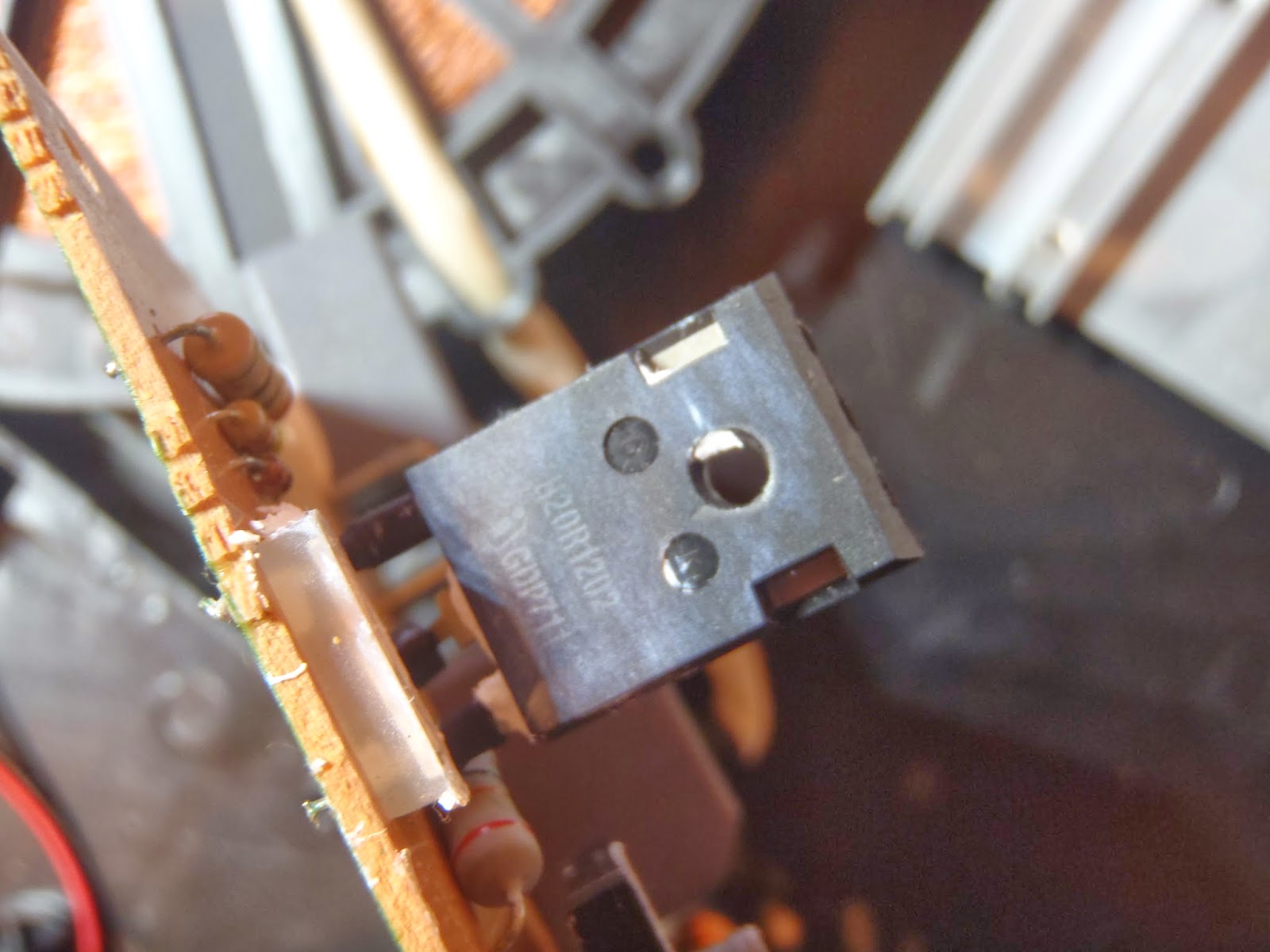 This consisted of a H20R1202 device. Its rated threshold voltage was according to the datasheet 5.7 Volts, so I unsoldered it and tested against my bench power supply providing voltage to the gate, and my multimeter testing for current flow between the collector and the emitter. First I checked that the body diode was OK by testing with the multimeter in the opposite polarity, and next I checked if the device would turn on, by gradually increasing the gate voltage in the power supply. As I passed the 5.8 Volts margin, the device quickly switched from the off state to full on. With this result I found very unlikely that the IGBT would be faulty. Next I looked at the bridge rectifier (a KBJ 2010) attached to the same heat sink. no physical damage would be apparent by visual inspection of the package, but after measuring with the multimeter, every terminal pair appeared to be open circuit in any polarity. This would not be the expected behaviour for a working bridge rectifier. I first considered if the multimeter would not be providing enough bias voltage to cause the diodes to turn on, but after reading the datasheet, I found that this would be unlikely, as the forward voltage would be of only 1.1 Volts, which is perfectly within the test voltage used by the multimeter.

Given this result, I decided to order a replacement bridge rectifier, and if nothing else is damaged, it seems like an easy and cheap fix.

Nice description of electronic failure investigation. keep it up. And update on result :)