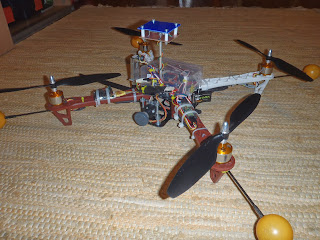 Most of the time I have been a lone rider in this hobby, having started from scratch on my own, since the traditional helicopters back in 2009. I would occasionally go to local air fields and try to mix in with seasoned RC airplane and helicopter pilots. But the environment would not always be too friendly, with the fixed wing guys not enjoying much the flying grass cutters.


Since the quadcopter I tried going to the local airfield, and was received with curiosity and enthusiasm by some, for showing a uncommon flying apparatus for those accustomed to the traditional RC gear, and apathy of the more senior club representatives who just care about figuring out if we are in a club and paying a annual fee.

Today I just look for a safe and calm place to fly. Unlike a fixed wing aircraft, the ground requirements for an helicopter are rather modest.

After having found that my colleague at work Luis Sismeiro (check out in his blog the post about this encounter, including photos and filming of the quadcopters: http://sismeiro.wordpress.com/2013/12/27/xcopter-encontros-de-fim-de-semana/) is also an enthusiast for this hobby, we have managed to do a couple of encounters, and also manage to stimulate the interest of a third colleague (Nuno Padriano) into this hobby. The later already comes to the air field with his tiny Hubsan quadcopter to be pushed down by the propeller wash of his giant counterparts :) 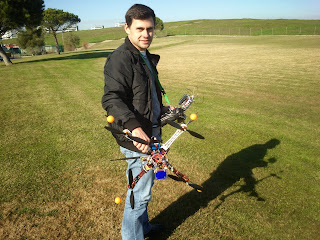 In my previous post I have detailed the main changes to the quadcopter setup, which included a new flight controller (HK Megapirates board), and addition of OSD and a camera.

After this, most of the work have been about tuning the platform, both in hardware and software aspects. Even though very interesting improvements have been achieved, I still consider this a work in progress. 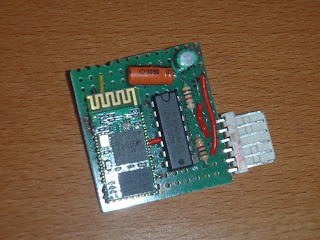 Things to be fixed/improved: