Teardown of one of my first electronics projects: a PSU 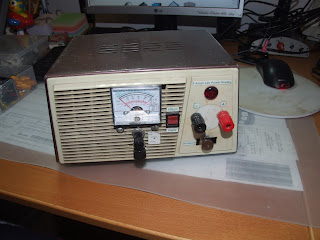 This have been for about ten years a loyal companion in my electronics projects. And greater than that the fact that it was itself one of my first projects. After that time it still works like a charm.However I thought it was time to replace it with a PSU providing more functionality such as constant current and digital displays.


That was when I found the Korad KA3005P (5 Amps, 30 Volts), the one that Dave from EEVBlog teared down and tested (https://www.youtube.com/watch?v=g94mpom2Ahs). The one I purchased appears to have the new transistors that don't burn under full current (at least I hope so) as well as other tiny improvements (M5 led is now LOCK led, input voltage is selectable 110/220 V).

Anyway so far I am happy with the new toy, I could connect it to the PC as well, control it remotely and read the data.The bundled software sucks real bad, but it doesn't matter much the communication protocol is simple enough to quickly write a proper application.

However I didn't just discarded my old creation. First, I wanted to look inside it before leaving it in the attic as a backup.It's kind of funny looking back at our own projects, and see the design decisions in some cases immature, but in other cases constrained by the lack of financial or material resources. Here it was a bit of both. I built this PSU while I was still finishing my BsC. So money didn't grow in trees (and it still doesn't :) ).


There was one important part I had for free at the time for building this PSU: an HP 9100 4242 transformer that my father salvaged from his workplace. A bit of a beast (with primary taps for 100 to 240 VAC and designed for 26.9 vdc output and 8.33a), but more than enough for what I needed then. 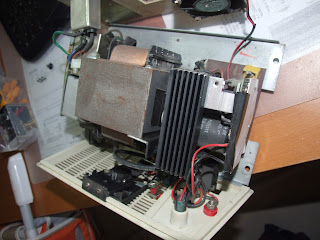 I took the ugly chassis of an old isolation transformer/line regulator device that my aunt had previously used also to build a weaker DC PSU before it came to my hands. So there is quite a bit of history behind this PSU, definitively over 20 years of it. 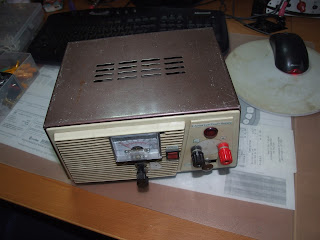 As I didn't had a huge heat sink and was concerned that the linear regulator could overheat under some circumstances, I took a regular CPU fan and a smaller heatsink from another device (a broken car audio amplifier) and adapted it to fit in the chassis.

The circuit was rather simple: it had two separate output rails with individual linear regulators and filters. The bridge rectifier was just one, a regular 10 Amp full wave bridge rectifier. A weaker LM317 adjustable regulator was used for the fan to be able to vary its speed through a potentiometer.

For the main output, a LM338 regulator with TO-3 steel package was chosen. In spite of being a bit expensive (around 8 euros, perhaps more today), it was a very simple way of having a stabilized power supply with adjustable voltage in a wide range, between 1.2 and 30 Volts approximately. A few passive components such as a 10000 uF capacitor at the input and it was ready to rock n'roll. 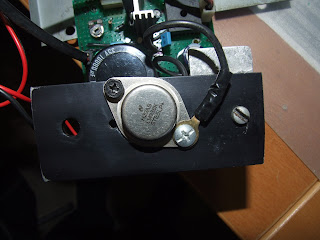 Perhaps the ugliest part of this power supply design relates to the voltage/current measurement.I remember buying a cheap shit chinese analog multimeter, that actually was just like the one Dave did a teardown on: 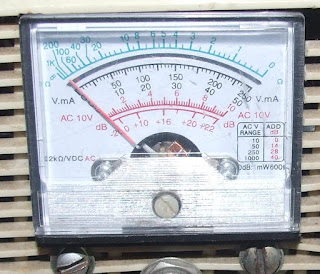 I bought it for 2 euros or so, not because of its accuracy of course, but because of its gauge, that I could salvage just for the PSU. So I just cut off the gauge, and somehow still used the multimeter board because of the amps measurement. I have added a current shunt that I now see as having been a very ugly hack :) 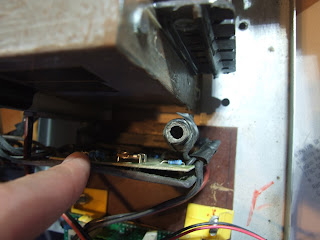 Anyway that was a pretty good achievement, given what I had at hand at that time. It gave me some joy removing the dust (yes, everything was full of dust inside) and looking at something that at the same time helps bringing back some memories. It also helps realize how 10 years pass quickly.