Sensors are never too many 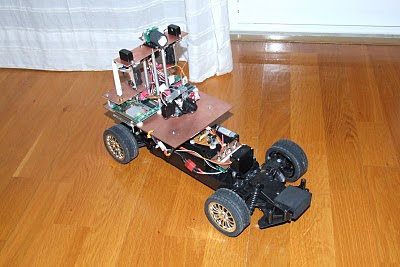 While it is important to design a autonomous rover capable of performing even under the worst conditions and with the least available information from the surrounding environment, if we can provide good information, it will certainly lead to better results as long as we have a good software implementation behind it.


As such a sweeping sonar as single sensor is not enough for proper navigation, even at the smallest speeds and using the best navigation algorithms. In order to compensate the sensorial weakness, in this step I have added two infrared distance sensors. I have chosen the Sharp 2Y0A21 (http://document.sharpsma.com/files/gp2y0a21yk_e.pdf), which can measure distances from 10 to 80 cm. While not being as powerful as the sonar (15 to 600 cm), it is a useful reference for dodging obstacles in realtime.

I have added one servo to each of the two IR sensors, allowing the angle to be adjusted, and to point the sensors to the back while maneuvering in reverse. 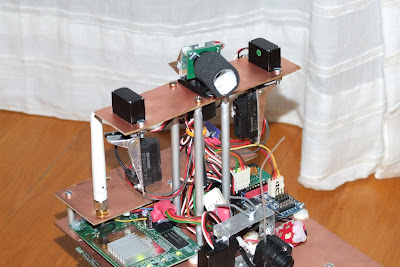